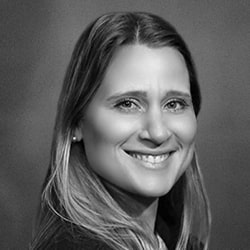 Angela Ruggiero is a leading figure in the global sports world, having served as an elite athlete, educator, administrator, innovator, advisor, and board member in the world of sport.

She currently serves on the IOC’s Digital and Technology Commission, the IOC Ethics Commission and is a Member of the International Ice Hockey Federation Athletes’ Commission. In addition, through Sports Innovation Lab’s partnership with the NFLPA, Ruggiero is a Board Member of the NFLPA’s One Team Collective, the first athlete-driven accelerator.

Ruggiero has served the Olympic Movement on the administrative and board levels for almost a decade. She was a Member of the International Olympic Committee (2010-2018), Executive Board of the International Olympic Committee (2016-2018), the organization overseeing the Olympic Movement, and the Chairperson for the IOC Athletes’ Commission (2016-2018), the body representing all Olympic Athletes Worldwide. She has also served on the Board of the United States Olympic Committee (2010-2018), Foundation Board Member of the World Anti-Doping Agency, and Former President and board member of the Women’s Sports Foundation. Ruggiero, was also the Chief Strategy Officer for the Los Angeles 2028 Candidature Committee.

Ruggiero is a graduate of the Harvard Business School (M.B.A.), Harvard College (B.A.), and the University of Minnesota (M.Ed.).