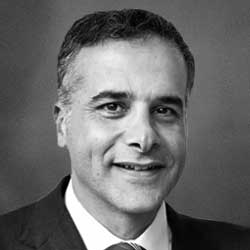 Just over two years ago, in February 2016, Bristol Rovers Football Club, then plying their trade in the fourth tier of the English game (League Two) were acquired by the eminent Jordanian Al Qadi family.

A lifelong fan of English Football and a member of the Executive Board of the Jordan Football Association, Wael was introduced to local and national media representatives on the day of the acquisition and proved himself adept and very able in terms of answering questions and setting out his family’s plans for the future of the club.

The 48-year-old father of four was educated at Westminster School and Boston University and stated that he had been a passionate football fan all of his life and that he was excited to be involved with the club.

He also recognized the potential of the club and said that it was his family’s wish to maintain the tradition that Bristol Rovers have of being a family club.

His vision for the future is to see a club that grows organically and commit introducing an excellent recruitment policy, new structure, and a new academy system that will produce a flow of players into the first team.

Following some setbacks along the way, the challenge now facing Al Qadi is the development of a new training ground on land already acquired and to establish either a new stadium for Bristol’s oldest football club, or redevelop their existing home.

He has always believed in evolution, not revolution, and he has not wavered from that mantra since day one.