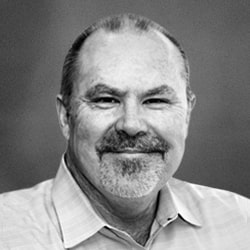 Bill Bailey is Chief Revenue Officer for Satisfi Labs, a Knowledge Management Platform enabling conversational AI. He leads Satisfi’s growth across core verticals, overseeing the expansion of global sales while focusing on new business growth and client acquisition. As a veteran in sales, marketing, and general management, Bill brings over 20 years of experience and expertise in the sports and entertainment industry. He has managed small entrepreneurial teams as well as large multi-level sales forces, exceeding goals in both areas.

Bill joined Satisfi Labs from data management company SSB, where he led as Senior Vice President of the Sports and Entertainment division. And before, as Senior Vice President of Ticket Sales & Service for the New Orleans Hornets, Bill drove the sales efforts as the team returned to the city in the wake of Hurricane Katrina. In their second season back, Bill and his sales team broke the NBA record for most new season tickets sold. Prior to joining the Hornets, he was Director of Business Development for Ventura Foods, a $2B foodservice manufacturer, where he successfully led a sales team by using the principles of bundling, logistics, and activity-based costing.