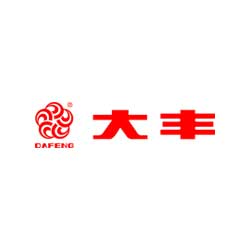 Founded in 1991, DAFENG has carved a niche of its own over the years. Headquartered in Zhejiang province of China, the company boasts five verticals which deal in sport equipment, lighting and sound design and architectural decoration.

The establishment has been involved in key national projects – during the 2008 Beijing Olympic Games, DAFENG SPORTS (started in 2005) undertook the installation of seating, lighting, staging amongst others of over 27 stadiums with its engineering vertical accounting for over 87 percent of venue infrastructures. Also, during the Beijing Olympics, it was responsible for 87 percent of all venue seating. It is now undertaking the installation of seating in arenas for the 2022 Hangzhou Asian Games.

DAFENG SPORTS have certifications, which gives them the opportunity to fulfill standards all around the world. It is also into system integration, whole chain solutions from design, manufacturing, installation to operations.

With staffs of more than 2,000 which include a dedicated team of over 400 engineers and technicians, DAFENG works in close cooperation with renowned enterprises to ensure quality installation and services. The firm has come a long way forging trade ties with over 20 countries globally.