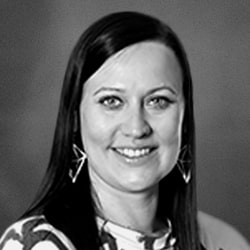 She started her stint with HC TPS – an ice hockey team of Finland – in April 2018 and her job is to ensure that fans cherish their time inside the stadium on game day – the pre-game moments – as well as enjoy gourmet food and best of beverage. She is also responsible for generating customer revenue and building up the same.

Starting August 2019, Turku Live is running the Gatorade Center – an arena at Turku in Finland – which is primarily employed for ice hockey. It is the home arena of HC TPS since the facility opened in 1991. The arena is still owned by the City of Turku.

Heidi also enjoys the experience of working in the live music industry. Prior to joining HC TPS, Heidi held the position of Managing Director at Fullsteam Agency, the company which promotes concerts and festivals and is owned by Hamburg (Germany)-based firm FKP Scorpio. Heidi served her stint at Fullsteam from 2008 to 2018 and prior to that she was with Ruisrock Festival – the second oldest rock festival in Europe and the oldest in Finland – from 2003 to 2008.