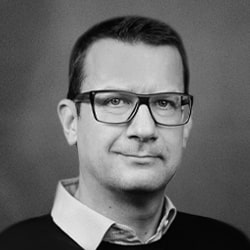 Heimo Schirgi is Director of World Cups at FIFA – the world governing body of football. He holds the main operational responsibility for FIFA tournaments and all of FIFA’s special (i.e., non-football) events.

Joining FIFA in 2017, he quickly became known as a leader who could organize events with precision. In the past two years, he has implemented many changes to adapt FIFA’s portfolio of events and increase their attractiveness for all stakeholders, especially the fans.

Before devoting his work full time to FIFA, Heimo Schirgi served as Head of Operations for UEFA events from 2009 to 2012. In addition, Heimo Schirgi was also in charge of central planning as well as infrastructure and overlay for all target groups in all eight UEFA EURO 2012 venues (Poland-Ukraine).

Heimo Schirgi, who hails from Austria, was also part of UEFA Euro 2008 S.A., Nyon as TV and Media Operations Manager and Team Marketing AG-Lucerne where he served as Manager (Television Production). He went to international schools in Istanbul and Johannesburg.