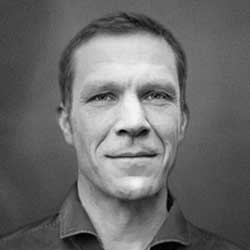 Jochen Lerche, former world champion in the German rowing eight, is co-founder and CEO of Companeer GmbH, a Munich-based company offering conceptual services, consultancy, and project management services to stadium operators and public authorities. Having been involved in the successful biddings for UEFA EURO 2020 and 2024, he has remained true to his sporting roots after finishing his rowing career.

Jochen has been in the stadium construction business for 18 years now. Before his self-employment he has worked at Bovis Lend Lease, AS+P, and Allianz Arena München Stadion GmbH.

As a project manager he participated in the construction of Allianz Arena from the groundbreaking and remained with the operating company after the stadium opened in 2005. After the successful 2006 FIFA World Cup Jochen founded his own company and worked on numerous stadium reconstruction and optimization projects.

Having been a member of the organization team for the 2006 FIFA World Cup and the 2012 Champions League final, Jochen today once again takes part in preparing another mega event as the city of Munich has assigned Companeer to develop the mobility and security concepts for UEFA EURO 2020.