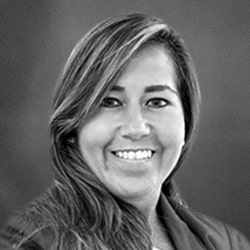 Patricia Rodríguez is the CEO of Elche CF, the Spanish football club where she embarked on a new project in June 2019 and has extensive experience in the management of sports entities. She is serving her stint for the last three years as the General Manager of SD Eibar, where she is the first female executive of a Spanish First Division club.

Patricia carries the distinction of being the only woman working in the capacity of General Manager in a professional football club in Spanish La Liga. As a top official of Eibar, she holds inspiration for other women in a field where highest positions are elusive for women and are dominated by men.

She has also served as a member of the La Liga Board of Directors and the Gipuzkoa Basket Club Advisory Board. Patricia is a member of the Advisory Council of the World Football Summit and takes master-level classes in international business schools such as FBA or Sports Management School. She also presents her ideas in national and international conferences.

Presently, Patricia is working on a project to mentor future young women managers to bring diversity into the said field. She has a degree in Business Administration and Management, specialization in Finance and Accounting, from the University of Deusto in Spain and a Master in International Management from the ISC Paris Business School.