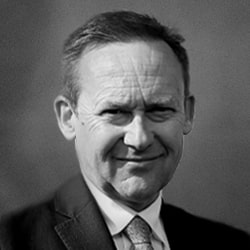 Paul Fisher is responsible for the performance of the leading racecourse group in the UK, while contributing to the executive management and business strategy of The Jockey Club group. All Regional Directors across The Jockey Club’s racecourse portfolio and the Group’s Human Resources department report to Paul.

Under Paul’s leadership, JCR has enjoyed sustained growth and success, which has allowed it to make record contributions into British Racing’s prize money and major investments into the sport’s infrastructure.

He has also overseen a raft of successful new initiatives and innovations. This includes the issue of the first mini bond in British sport to help to finance The Princess Royal Stand at Cheltenham Racecourse; the development and integration of Rewards4Racing as the first online loyalty scheme in British Racing, which has in excess of one million members; and the development of new ventures, including Jockey Club Live, which quickly became one of the UK’s largest music promoters, and Jockey Club Services, which provides business services to UK sports organisations and won the Sports Innovation Award at the Sports Business Awards. He is also a key member of the Jockey Club Catering partnership with the Compass Group, which has been a key factor in JCR’s efforts to offer a world-class raceday experience nationwide.