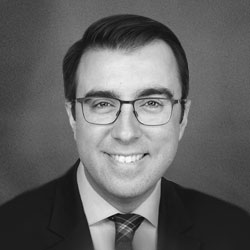 In his role as the Senior Director of Ballpark Operations & Sustainability in MLB, US, Paul oversees the relationship between the ballpark operations representatives at all 30 clubs and the Major League Baseball (MLB) of the Commissioner. These representatives include those responsible for ballpark operations, facilities, event operations, concessions, and guest services at each club. Paul works directly with the department’s head to administer best practices, conduct ballpark assessments, manage staff assignments, and coordinate operational elements across multiple disciplines within the league office and with its clubs. In his present capacity, Paul also manages the league’s environmental sustainability efforts, as well as works in collaboration with other departments in the league office on the Resident Security Agent program, and domestic and international ballpark operations, which include the All-Star Game, Postseason, MLB International Games, and the World Baseball Classic. The group led by Paul also runs the yearly MLB Ballpark Operations and Guest Services meetings, providing logistical planning as well as content management and speaker assignments.

Prior to joining MLB, Paul worked at the Boston Red Sox as Director of Ballpark Planning and Development (2010-2012), Senior Manager of Ballpark Planning (2007-2009), Manager of Ballpark Planning (2005-2006), Ballpark Planning Coordinator (2002-2004), and as a Marketing Assistant (2002). During his tenure in Boston, Paul worked with the team that led the architects, project engineers, and historic consultants who managed the 10-year, $285 million dollar improvement project at Fenway Park, as well as part of the team that oversaw the construction of JetBlue Park, the Red Sox Spring Training Complex which opened in 2012. Paul also led the Red Sox in their planning and execution of the 2010 NHL Winter Classic and Frozen Fenway, as well as a primary part of the planning group for Fenway Park’s first concerts and soccer games.

A native of Waltham, Massachusetts in US, Paul is a 2001 graduate of the Boston University College of Communication.