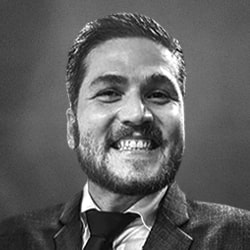 Icaro Nogueira is the Manager, Special Projects of CONMEBOL, Paraguay since the year 2020 – the continental governing body of football in South America and one of FIFA’s six continental confederations. In his present role in CONMEBOL, he has led the CONMEBOL Sudamericana Final Única project and has played a pivotal role even in the CONMEBOL Libertadores Final Única Project as well. He is also responsible for group operations as well as liaising between the City, Government, stadium authorities, and local federations.

He started his professional career at Sports Events in the year 2007 as a volunteer. That proved to be the springboard to further his career and Nogueira got the opportunity play an active role in the sporting extravaganzas held – FIFA Confederations Cup, FIFA World Cup™ and Olympic and Paralympic Games.

Nogueira has also helped in organizing local tournaments in Paraguay and has played a key role in events operations and has spearheaded projects in South America. He has also taken an active part in organizing global events.

The 33-year-old has done his MBA in Sports and Marketing Management and pursued his studies from Universities Mackenzie and Anhembi Morumbi.