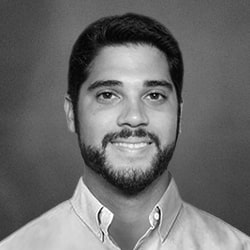 Igor Cavaco is presently the Venue Manager of Maracanã Stadium, Brazil, and reports to the Supervisory, Management and Operation Committee of Maracanã Stadium. Prior to his present role, he was the LOC Competition Coordinator for the South American Football Confederation (CONMEBOL) Copa América Brazil 2019. He was part of the team responsible for all technical matters related to providing services for delegations, referees’ team and CONMEBOL Managers, and any other matters directly related to the CONMEBOL event.

From 2017 to 2018, Cavaco served a stint with the Fluminense Football Club (Brazilian sports club) as the Coordinator of Fan Experience and Games Operations. During the 5th Asian Indoor Martial Arts Games held in Ashgabat, Turkmenistan, in 2017, he was a Competition Assistant in 3×3 Basketball.

Cavaco’s career graph is one to write home about – during the 2016 Olympic and Paralympic Games held in Rio (Brazil), he was the LOC Venue Operation Manager of all road events: Cycling road race, cycling track race, triathlon, marathon, and race walking.

In 2014, he was the LOC Competition and Team Services Coordinator for the 2014 FIFA World Cup™ held in Salvador, Brazil, and was responsible for providing services to delegations, referees, FIFA Managers, and any other matters directly related to the FIFA showpiece.

Cavaco holds a degree in Communications and a postgraduate degree in Sports Marketing.