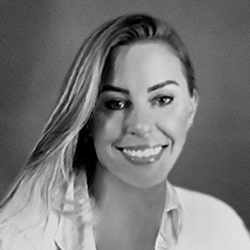 Marina Tranchitella is in the role of Manager of Operations, Sports Team, Brazil. She has more than 10 years of rich experience in sports management and has worked in six countries around the globe and has delivered the results for all stakeholders. Prior to her role in Sports Team, she also served a stint with the Brazilian professional football club Sport Club Internacional (SCI) in Porto Alegre as its Executive Operations Manager.

A finalist for the SportBizLatam Executive Award for the year 2020, Tranchitella ensures a more effective result for all stakeholders. She was involved in the organization of the Rio 2016 Olympic Games and the Youth Olympic Games in Buenos Aires in 2018 and was also a part of the 2014 FIFA World Cup TM held in Brazil.

With a graduation degree in Physical Education, she is also armed with a postgraduation degree in Sports Management and has done her MBA in Business Administration. Tranchitella also conceptualized the Operation and Maintenance Manual for the Beira-Rio Stadium at Porto Alegre in Brazil.

She excels in crisis management and her strengths include holistic vision, sharp communication skills, delivering results, and facilitating the entire process of decision-making.