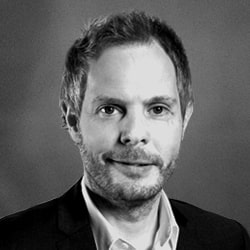 In March 2012, Magnus Danielsson joined Feld Entertainment as Vice President of International Motor Sports. Magnus oversees all international sales and marketing of Feld Motor Sports activities around the globe. This encompasses every region outside of North America, and puts him in charge of a vast team working with the brands.

During his tenure, Feld Motor Sports has experienced strong and steady growth internationally, opening up new markets and regions year on year. With a clear strategy and a big focus on international expansion of the company, Magnus hopes to continue leading his team to maximize the growth of the business, and move Feld Motor Sports productions into new, untapped markets.

Before joining as Vice President for Feld Motor Sports, Magnus was the President at Touring Exhibitions, a world leader in creating interactive exhibition features. As President, he managed a large team who developed and toured internationally ABBAWORLD, a traveling interactive exhibition about the musical phenomenon ABBA. Magnus was also the driver behind the opening of the permanent ABBA the Museum in Stockholm, Sweden. He has held key positions at Live Nation Scandinavia as well, last as Head of Marketing.

This is Magnus’ second role with Feld Entertainment, the world’s largest producer of live touring family entertainment. He previously served as a Senior Director with Feld Motor Sports (formerly Live Nation Motor Sports) from 2004 to 2008, where he was responsible for establishing Monster Jam and other motorsports properties in Europe.

Magnus has a big passion for motorsports and entertainment marketing, with broad experience from several different racing classes and lines of business spanning from Formula 1 to running one of the largest racing teams in Scandinavia. He has also lectured in sponsorship and brand building at IHM Business School, a market leader, in Stockholm. Magnus travels extensively but is based in Stockholm with his wife and 9-year daughter.