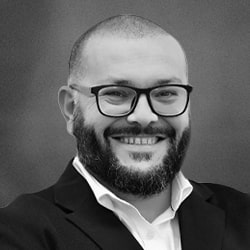 A well-established broadcast and TV production professional well versed and experienced in all aspects of production, operations and content.

The exposure I had during my 15 years of experience allowed me to work on some of the most prominent franchises in the sports industry, from FIFA World Cup, UEFA Champions league, European Qualifiers to the English Premier League live programming.

Over the years, I have held various positions of responsibility and had extensive training in Broadcast, content creation and programing and I played a key role in setting up and launching the ART Sport Channels in Amman.

Fueled by a constant outlook to innovation, I have spearheaded the negotiations for the implementation of the local football league on various gaming consoles, and launched the first of its kind VR experience for live sports telecast.

I believe that my transition from content aggregator to content creator gave me a better understanding of the underlying values of content and how to push them best to a continuously changing target audience.