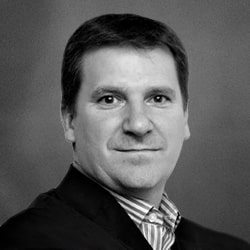 Diarmuid Crowley is CEO of Populous Consulting and a senior sports marketing executive with over 20 years’ experience at WME | IMG where he led the company’s stadium and arena division.

He has managed hospitality programmes for major international sports events including the Olympic Games and the UEFA European Football Championships, as well as the financing and commercialisation of some of the world’s most iconic stadiums, including The Maracanã, The O2 Arena, Galatasaray Stadium Istanbul and Wembley Stadium.

Diarmuid worked with Populous on the development of the Club Wembley hospitality offer at Wembley Stadium in London. As Managing Director of IMG’s Stadium and Arena Division, he later led the company’s successful bid for the 35-year operating rights to the Maracanã Complex in Rio de Janeiro, Brazil. He was subsequently appointed CEO of the Rio 2016 Olympic Games Official Travel & Hospitality Programme, where he was responsible for the sales, marketing and operational delivery of the programme.