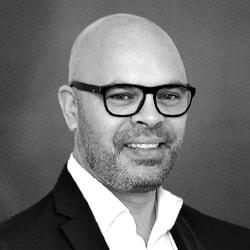 Guy Ngata joined Dubai Arena in November 2017, and as Chief Executive Officer will spearhead the launch of this incredible new multipurpose facility.

As Chief Executive Officer Guy is responsible for leading and implementing the launch of the Arena as well as executing the strategic vision and developing and nurturing its sustained growth. Along with oversight of Dubai Arena’s agenda in the UAE, Guy is also responsible for building the Arena’s international profile.

The 17,000-seat Dubai Arena will be the only all-purpose indoor, air-conditioned arena of its size in the entire region and will boast an advanced infrastructure allowing it to accommodate mega-events, and will open in 2019.

A New Zealand national, Guy is a highly experienced major facilities Chief Executive who has overseen the opening of major Arena’s in Western and Eastern markets, including Mercedes-Benz Arena in Shanghai, China for AEG, and Vector Arena in Auckland, New Zealand.

Before joining the Dubai Arena, Guy was most recently the CEO of Eden Park, one of the most iconic sporting stadiums in the world and with a capacity of 50,000 the largest in New Zealand. In 2016 Eden Park recorded its most profitable year outside of a World Cup.

Guy graduated from Auckland University of Technology in 2000, with a bachelor’s degree in Sport & Recreation and he has been the recipient of a number of international awards including the 2011 International Executive in Sport and Entertainment Award from SEVT.

The Dubai Arena is part of AEG Ogden’s growing network in the Asia Pacific region which includes arenas in Sydney, Brisbane, Perth and Newcastle and three in China; convention centres with entertainment theatre inclusions in Sydney, Brisbane, Cairns, Darwin, Kuala Lumpur and Oman, plus the 52,000-seat Suncorp Stadium in Brisbane and will be a valued addition to AEG Facilities’ family of more than 130 iconic venues worldwide.