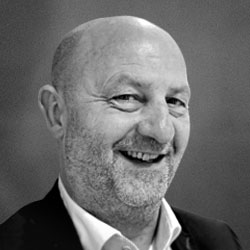 Marc started my professional career in 1985 with working at the police as a police officer for many years. In these years he also participated in short or long-term criminal investigations. Marc also was a member of the riot police and later as a commander within riot police. In 2005 he was asked to join PSV as a member of the security staff. Marc started being responsible for the operational safety and security department of PSV and match commander on behalf of the club. From that time on he gained experience in crowd management and stadium and security issues.

He participated in many networks on national and international level. For example, Marc was member of the project team responsible for the development of the new steward training together with the Dutch National Football Association (KNVB). He took part in many workshops and conferences regarding these matters as well. Nowadays together with the PSV staff, Marc is fully responsible regarding all safety & security matters for stadium; during matches and big events. He is also responsible for the safety and welfare concerning all people working for PSV.