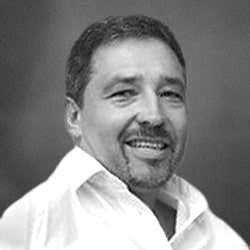 Andy has had a long and successful media and events career. With a Sport and English degree from Loughborough University, he started work as a graduate trainee at IPC in 1985. After a series of management roles he was part of the team that took Market Link Publishing public in 1998. He then became Publishing Director at SportBusiness International and, over a period of 8 years, helped transform it into the market-leading, multi-media brand it is today.

Andy joined the executive board of the Press Association in 2011, heading up sport and managing the partnerships with LOCOG and The Premier League. In 2013 he joined the executive board of Future Media, heading up the Sport, Auto and Music Division, until their sale to Immediate Media. After retraining as an English teacher, Andy spent a couple of years at his old school and working for an educational charity before returning to the business of sport as COO of Major Events International.