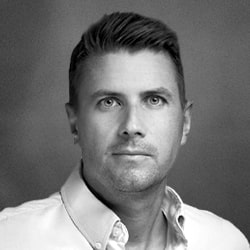 Mark Jan Kar is the General Manager of Coca-Cola Arena, spearheading the team in bringing some of the biggest acts and live performances across the world to Dubai’s home of live entertainment.

Having held a number of positions within the senior management team at Coca-Cola Arena, Kar joined as Commercial Director in November 2018, and shortly after took on the role as Head of Commercial and Live in June 2021, overseeing all elements of commercial business and live shows at UAE’s first multipurpose indoor events venue – before being appointed as General Manager in 2021.

With over a decade of regional experience, Kar is passionate in establishing a true legacy for Coca-Cola Arena at its home in City Walk Dubai and effectively ingraining the venue into the community as a market leader in providing unrivaled live experiences.

Kar brings the highest levels of commercial business strategy, negotiation, and marketing and management to his role as General Manager. Prior to his positions at Coca-Cola Arena, Kar was the Vice-President of Strategic Partnerships at the International Management Group (IMG), representing and working closely with some of the biggest names and personalities in the world of sport and entertainment. Kar’s time at IMG saw him take the lead in securing and renewing multimillion-dollar sponsorship deals as well as developing mass participation events in the Kingdom of Saudi Arabia’s growing events market.

Prior to that appointment, Kar served as Director of Marketing and Events at the Dubai-based multimedia sports information and news platform, SPORT360. Kar was responsible for the development, expansion and operation of SPORT360’s commercial arm and oversaw all marketing and partnership campaigns.

Kar, who has dual New Zealand and Polish citizenship, has also held senior marketing and communications positions at Raymond Sport, a leading sports fitness and equipment distributor for the Middle East region and Emaar Group – Healthcare.

Kar graduated with a Masters in Business Administration and also holds a Bachelors Degree in Information Management from the Monash University in Australia and a Diploma in Digital Marketing from the Branded School in South Africa.