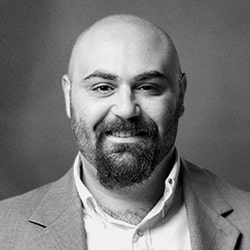 Walid Singer is the Chief of Staff at Galaxy Racer, founded in 2019 by Paul Roy. It is the largest esports, gaming and lifestyle organization globally, headquartered in Dubai with market presence in MENA, Southeast Asia, South Asia, and Europe, with over 100 content creators, over 500 million followers and over 2.5 billion monthly views.

Singer was part of the pioneering team at Galaxy Racer who spearheaded the organization’s marketing initiatives which achieved massive hyper growth. He led the entire team for Pakistan’s largest esports tournament from strategic planning to execution on ground at the event venue. He conceptualized, managed and created the first ever cross-regional Fortnite event featuring the Premier League club Arsenal F.C. star footballer, Pierre-Emerick Aubameyang.

Earlier, he was awarded seed funding for Presella, an event technology startup in Beirut (Lebanon) for whom he worked as an accelerator. He was also a former Digital Marketer at the award-winning social media and branding agency, Agence République, based in Dubai.