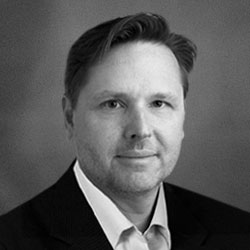 Stephen Collins joined Oak View Group as the Chief Operating Officer in 2019. In this role, Collins is responsible for overseeing the development, design and construction of OVG’s venue projects. As a member of the executive team he oversees the company’s divisions focused on arena and facility management, including Prevent Advisors, OVG Global Partnerships, OVG Facility Management, OVG Media and Conferences. Collins also works closely with OVG Business Development to explore new growth opportunities.

Collins has over 30 years of experience in sports and entertainment venue design, construction and operations. Prior to joining OVG, he was the Chief Operating Officer of the Golden State Warriors where he was responsible for the development of an 11-acre site in the Mission Bay area of San Francisco, including the 18,000-seat arena, Chase Center. Collins was responsible for the design, construction, operation and organizational strategy of the multibillion-dollar development which became home of the NBA Golden State Warriors for the 2019-2020 season. The arena will host over 200 events annually and is the centerpiece of the development which also includes over 500,000 square feet of Class A commercial office space, a 950-stall underground parking garage and over two dozen exterior restaurant and retail offerings.

Collins graduated from Gettysburg College in Gettysburg, Pennsylvania with a degree in Business Management.