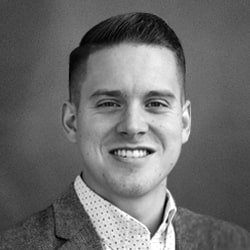 Ted Glick oversees the ticketing and premium hospitality for Sacramento Republic FC, the 29th Major League Soccer (MLS) franchise joining the league in 2023 after a record breaking history on and off the field in the United Soccer League (USL) where the club has lead the second division in gate revenue and attendance since their inaugural season in 2014.

Glick joined SRFC in 2018 and has been instrumental in shaping the club’s results and culture in the rise to MLS. He leads the sales efforts for one of the most exciting new projects in the US – a 20,000+ seat soccer specific stadium which will serve as a catalyst for the largest urban development project in the country that is set to double the size of downtown size and revitalize California’s capitol.

Prior to joining SRFC, Glick launched and grew his career through sales and leadership roles at Harris Blitzer Sports & Entertainment at the Philadelphia 76ers (NBA) and New Jersey Devils (NHL). As a top producer in the industry renowned Sixers sales program, he helped the team achieve record breaking sales results during the one of the most challenging sales environments in sports business during the team’s #TrustTheProcess years before transitioning to management and leading new business teams.