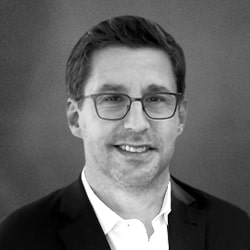 George Linardos is an experiential media and technology executive with over 30 years’ experience in visionary sports, technology, entertainment, and media. Uniquely accomplished as someone who has developed award-winning entertainment projects, built, and scaled global technology platforms, created new market-leading businesses through roll-up, and has consistently been ahead of the curve without being around the bend.

George was named a 2021 industry “Power Player” by the Sports Business Journal for leading ANC in driving the future of sports venues.

Prior to joining ANC, George was the founder and chief business officers of Sports Illustrated Play, a youth sports technology platform that was sold to NBC Sports. Before starting Sports Illustrated Play, George spent four years as senior vice president at Time Inc., driving digital transformation and innovation. Before Time Inc., George was global vice president, Media & Games for Nokia from 2005-2011 where he was instrumental in building and leading one of the first global Appstore platforms.

George began his career in the entertainment industry as a development executive and producer for noted filmmakers Oliver Stone and Ben Stiller and helped create multiple award-winning and iconic films.