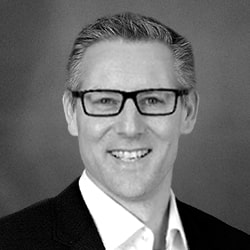 John Harper is a business executive with a proven record of launching new ventures and managing complex projects from start to finish. In his current role, John oversees the Games delivery plan, and the organizing committee’s internal operations, including the development and execution of the committee’s short-term and long-term strategic planning. John joined the team in June 2014 as a founding member of the bid committee. He previously served as Senior Vice President of Consulting at the Wasserman Media Group in addition to his time at the Boston Consulting Group where he led strategic marketing and organizational efforts within the consumer packaged goods and media and entertainment sectors. John began his career leading brand strategy, retail development and sports marketing for Nike Canada.

Harper received his H.B.A. at the University of Western Ontario, Ivey Business School and his M.B.A. from Harvard Business School. He lives in Los Angeles with his wife Megan, and their three children Jake, Tyler, and Emerson.