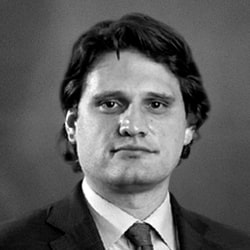 Justin Papadakis joined the United Soccer League (USL) in 2014 when he was named the President of Commercial Ventures in December 2014. In May 2016, he began his role as the league’s Chief Operating Officer (COO) before in the past year adding the title of Chief Real Estate Officer as he oversees one of the key areas of the league’s growth in future years.

Arriving by way of DDR Corp, now called SITE Centers, Papadakis served as the real estate company’s Leasing Director for three years before advancing as the company’s Business Development Director. Papadakis holds a Juris Doctorate from the Cleveland-Marshall College of Law (US) and earned a dual degree in Public Policy and Economics from Duke University, where he also played four seasons for the Blue Devils’ Men’s Soccer program. Papadakis is also a member of YPO, New York Metro Chapter.

Since joining the organization, Papadakis has led USL’s expansion efforts across the USL Championship and League One. Over the past four years, he has facilitated an unprecedented surge in soccer-specific and mixed-use stadium developments anchoring economic live, work and play projects across the country, extending far beyond the pitch while amplifying the fan experience for current and future USL communities.