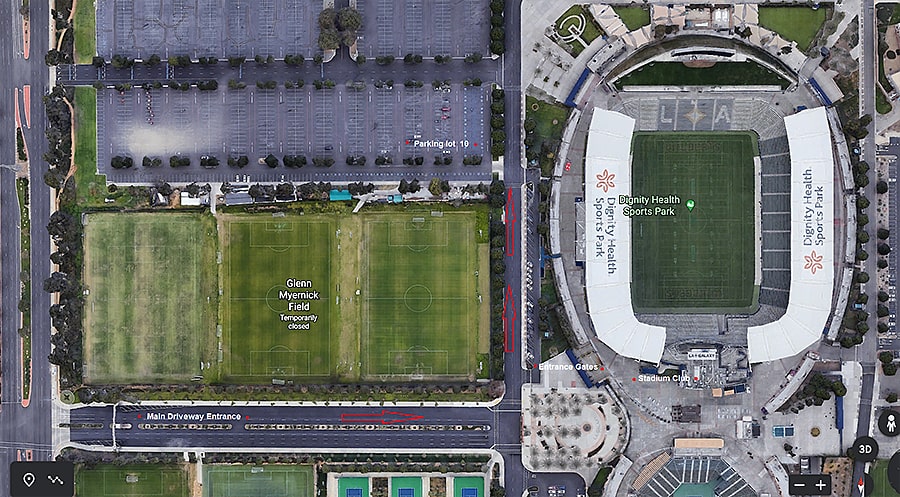 Dignity Health Sports Park, home of the LA Galaxy, is southern California’s home of world-class competition and training facilities for amateur, Olympic, collegiate and professional athletes. The $150 million, privately financed facility was developed by AEG on a 125-acre site on the campus of California State University, Dominguez Hills (CSUDH) in Carson, California.

Dignity Health Sports Park’s commitment to athletics and training also extends to the surrounding communities. Tennis courts, soccer training fields and a three-mile jogging trail with 12 fitness stations around the perimeter of the development is available to local residents as well as other facilities and amenities. Through foundations established by AEG-operated entities such as the Galaxy, the Los Angeles Kings (NHL) and Crypto.com Arena, more than $5 million has been pledged to community organizations in the last decade, including new donations targeting the local Carson community established by the ASCSC Community Foundation.

How to get there