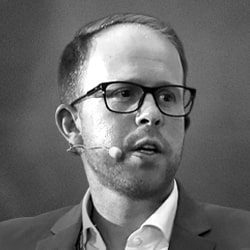 With a wealth of background in venue transformations and rebrands, Mark Kelly joined the Bristol Sport Group in late 2013 with accountability for the delivery of a live stadium transformation over three seasons. At a cost of nearly £50m, the Ashton Gate Stadium was rebuilt and transformed into a 27,000-seater modern, multiuse, 365-day-a-year venue and, of course, the proud home of Bristol City FC, Bristol Bears Rugby and the Bristol Sport Group HQ. Alongside the operational project management of design and construction, Kelly successfully set up an internal catering organization that has now grown to a £6m turnover and one of Bristol’s largest employers. In 2017, Kelly took on the role of Managing Director for Ashton Gate Limited and Bristol Sport Limited with a broad accountability for driving commercial revenues across the Group as well as driving continued operational innovation.

In late 2018, Ashton Gate announced the next phase of extending the stadium footprint to create a state-of-the-art 4,000-seater Sports and Convention Centre (SCC) and a whole new ‘Sporting Quarter’ for the City of Bristol. During the summer of 2019, Ashton Gate received national plaudits for the delivery of four back-to-back large concerts bringing 120k visitors into Bristol, UK.

* Bristol Sport is a group of companies owned by Stephen Lansdown CBE.