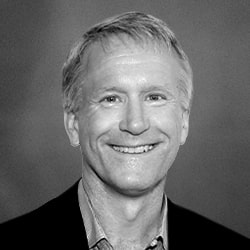 Scott Jenkins cofounded the Green Sports Alliance and has served as the Board Chair the past 9 years. He has extensive experience in developing, opening, and operating public assembly facilities including most recently Mercedes-Benz Stadium in Atlanta. Other venues include Safeco Field in Seattle, Lincoln Financial Field in Philadelphia, Miller Park in Milwaukee, and the Kohl Center in Madison, Wisconsin.

A native of Kenosha, WI, Jenkins graduated from the University of Wisconsin in 1986 with a bachelor’s degree in construction administration. He graduated from the University of Washington’s Executive MBA program in 2009. While an undergraduate at Wisconsin, Scott was a five-time All-American in cross country and track and was a member of the Badgers’ 1982 and 1985 NCAA National Champion Cross Country teams.