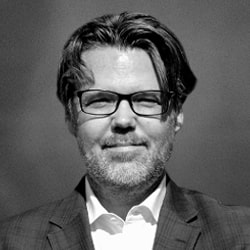 In this role, Hedinsson oversees the team’s technology strategy, shared service delivery and management of both football and corporate technology activities. In addition to these roles, Hedinsson drove the vision for, and led the team that oversaw the implementation of technology throughout Hollywood Park, the 298-acre district being built by Rams Owner/Chairman E. Stanley Kroenke. This included SoFi Stadium, YouTube Theater, a 6,000-seat performance venue, as well as retail, commercial office space, and more than 20 acres of parkland.

Prior to Hollywood Park and the Rams, Hedinsson was the Chief Technology Officer for Disney/ABC Television Group, where he oversaw efforts to identify innovative technology talent, capabilities, and platforms. Hedinsson had previously served as the company’s senior vice president, Technology & Platform, Digital Media and developed the revolutionary WATCH ABC and WATCH Disney services, making the Disney/ABC Television Group the first entertainment company to provide authenticated users access to both live, 24/7 linear network streams as well as an extensive offering of advantaged window “on demand” episodes on desktops, mobile and connected TV devices.

Hedinsson is the inventor or co-inventor of eighteen U.S Patents in the field of digital media and streaming video. He graduated from the University of Washington with a degree in Computer Science.