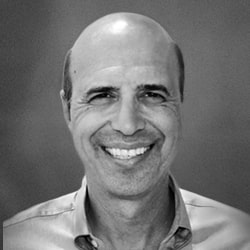 Darryl Dunn has served as the CEO & General Manager of the Rose Bowl Stadium since 1999.

He is responsible for managing all aspects of the facility, including contract negotiations with prospective events, ongoing relationships with existing tenants and all financial, marketing, and operational needs for the stadium. He is extensively involved in long range planning for the facility and spearheaded the planning and execution of a $183 million renovation for the historic facility beginning in 2011. Recently, he negotiated thirty-year agreements with tenants UCLA and the Tournament of Roses and long-term agreements with sports marketing companies IMG and Legends. In the spring of 2016, Dunn oversaw the approval of a multi-year music and arts festival at the Rose Bowl beginning in 2017 in partnership with worldwide promoter AEG.

During his tenure, the Rose Bowl has hosted four National Championship Games in college football), the annual Rose Bowl Game, Copa America, numerous international soccer matches, including hosting the national teams of Brazil, Columbia, Mexico and the United States, as well with clubs such as Barcelona, Real Madrid and Manchester United. Concerts have included the record breaking U2 2009 event, as well as Justin Timberlake, Beyonce, Jay Z, Kenny Chesney and many more.

Mr. Dunn also serves as the primary representative of the City of Pasadena to American Golf Corporation related to the operation and long term planning for Brookside Golf Course, a 36-hole public golf course in Pasadena.

Dunn has been involved with several local and national non-profit organizations and serves as the honorary co-chair of the annual NAACP event held in Pasadena. He has received numerous community, business and neighborhood awards for his commitment to others.

A native of Connecticut, Mr. Dunn resides in Santa Clarita and is married and has two children.