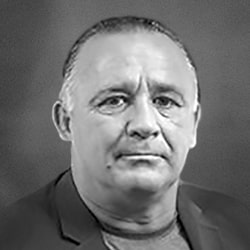 Jeffrey Provenzano has been with the Maryland Stadium Authority since 1997. He was initially assigned to the Construction Division through 2004, involved with construction projects such as M&T Bank Stadium, Ripken Stadium and the Hippodrome Performing Arts Theater. In the beginning of 2004 NFL Season, Provenzano assumed the role for the Maryland Stadium Authority as the Director of Operations – Football. He was responsible for the operations and maintenance of M&T Bank Stadium.

In June 2013, Provenzano was elevated to the position of Director of Facilities, overseeing the entire Camden Yards Sports Complex; in 2014 he became Vice President, Facilities. He now oversees the operations and maintenance of the 85 acre CYSC that includes M&T Bank Stadium, Orioles Park, Camden Station and The Warehouse at Camden Yards.