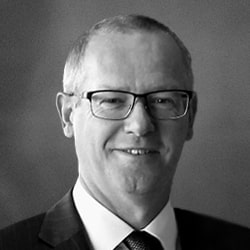 Darren is the Executive Director of Kai Tak Sports Park at ASM Global in Hong Kong. Expected to be completed in 2023, Darren leads all aspects of the operation components of the design, build, operate contract for the 28 hectare precinct which comprises a 50,000 seat stadium, 10,000 capacity arena, 5,000 seat public sports ground, 60,000 m2 of retail space, and public open spaces.

Prior to his current role Darren worked as a consultant for the New South Wales Government, leading the business case for the redevelopment of ANZ Stadium, the former Olympic Stadium, in Sydney and prior to that as an operations adviser on the newly completed Bankwest Stadium in Western Sydney.

Darren originally trained as a surveyor in the UK holding a degree in Building Surveying and becoming a Member of the Royal Institution of Chartered Surveyors. Subsequently he became a Project Director for one of the largest construction consultancies in the UK. He holds an MBA and was previously Deputy Chair of the Youth Hostel Association NZ.