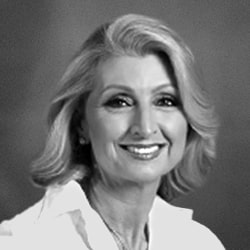 Dr. Debbie Stanford-Kristiansen is an accomplished leader with more than 30 years of international experience in Venue Management, MICE Tourism and Events & Entertainment industries. Dr. Stanford-Kristiansen is a leader with an extensive understanding of public, Government and private sector organizations with a proven track record of driving growth and successful business development.

Dr. Stanford-Kristiansen holds an Honorary Professional Doctorate in Global Leadership and Management from EIU, Paris, France. Her career started under the leadership of MICE Tourism Industry legends – Ray Bloom, Paul Flackett and John Haynes in 1988 with Regent International Exhibitions and the launch of EIBTM Geneva, Switzerland. Following the sale of EIBTM to the world’s largest exhibition organizer, Reed International Exhibitions, Dr. Stanford-Kristiansen took on the role of Group Director of Sales, MICE Global Events until rejoining Ray Bloom in 2001 as Vice-President Global Sales with the launch of IMEX Frankfurt, Germany. In 2005, she moved to the Middle East to help establish the Bahrain Exhibition and Convention Authority, and later assuming the roles of Acting CEO and Deputy CEO for the Bahrain International Exhibition and Convention Centre, she then went on to become the CEO of events@bahrain, a company established under the Bahrain Mumtalakat Holding Company.

From June 2013 until February 2021, she relocated to Dubai where she held the position of CEO Novo Cinemas, a well-respected brand that Dr. Stanford-Kristiansen launched together with her team in May 2014 and which has since turned into the multiaward winning household entertainment brand that it is today, offering more than just a venue to watch movies, but an immersive state-of-the-art destination for a variety of event and entertainment options through strategic partnerships and organic growth whilst ensuring the highest level of customer experience and customer service. Novo Cinemas operates 17 individual locations and 178 auditoriums across four countries in the Gulf Cooperation Council (GCC) including UAE, Bahrain and Oman and Qatar. Dr. Stanford-Kristiansen’s vision and commitment have transformed Novo Cinemas into the regional go-to film entertainment and events hub it is today.

It is this level of leadership that has landed her among LinkedIn’s 500 Global Influencers, Top 50 Women in Global Cinema for the past six years as well as most recently voted Most Inspirational Woman in Entertainment 2020, one of Top 30 Most Influential Women in the Arab World 2019, Middle East Female CEO of the Year 2018, and UAE Woman of Substance 2018.

Dr. Stanford-Kristiansen has recently been appointed by ASM Global as General Manager for the new Bahrain International Exhibition and Convention Centre which will open in 2022 and will be the largest venue of its kind in the Middle East www.BahrainIECC.com

ASM Global is the world’s largest and most trusted venue management and services company, spanning five continents with a portfolio of over 325 of the world’s most prestigious arenas, stadiums, convention and exhibition centers, and performing art venues.