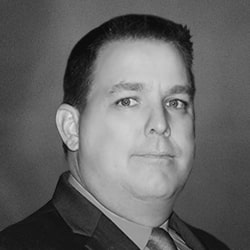 Mike Cerha joined TD Place as Vice President, Venue Operations and Entertainment in October, 2014. In his role he is responsible for the day to day operations and scheduling of TD Place as well as developing and programming of non-team events. He also oversees the relationships with partner organizations onsite and works with governmental agencies to coordinate all aspects of operations at TD Place and Lansdowne Park.

Mike worked in Memphis, TN for the NBA’s Memphis Grizzlies and FedExForum in various roles for over 11 years. He was involved in the development, start up and ongoing operations of FedExForum as well as providing day to day oversight of Grizzlies operations at the interim venue, the Pyramid.

Mike has also served in roles at the Georgia Dome and Manatee Convention Center where we worked on such events as the Super Bowl, NCAA Regionals and SEC Football and Basketball Championships. Mike received a Master of Science in Sport Administration from Georgia State University and a Bachelor of Science in Recreation, Park and Tourism Sciences from Texas A&M University. With both degrees Mike specialized in the management of venues and risk management. Mike is an active member of the International Association of Venue Managers and had graduated from the associations Public Assembly Facility Manager School and Senior Executive Symposium.