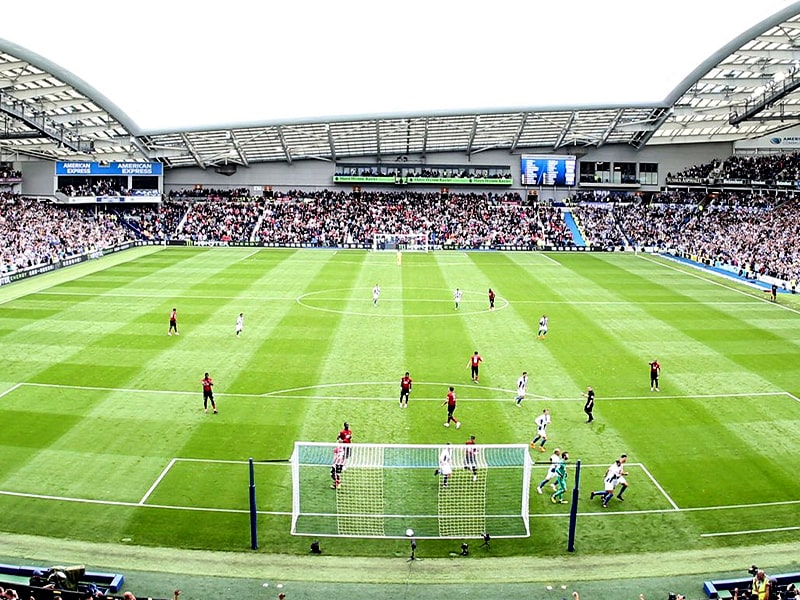 Brighton and Hove Albion had plans to further expand the American Express Community Stadium in Brighton, United Kingdom. However, all their ambitious plans as regards the venue have been put on the backburner with coronavirus taking the whole world by storm.

Brighton and Hove Albion Football Club, commonly referred to as simply Brighton, is an English professional football club based in the city of Brighton. They compete in the Premier League, the top tier of the English football league system.

Despite the latest planning application having been registered only in late March, it no longer matters how soon the city approves it what with coronavirus hanging like the Sword of Damocles. As of now, Brighton and Hove Albion have to focus on other issues.

Way back in February, Brighton and Hove Albion was planning further expansion of the American Express Community Stadium. The goal is to reach 32,500 seats, which would make the stadium meet potential Euro 2028 venue benchmark.

In two separate applications (one filed on March 9 and the second on March 25th ), the Albion expressed their desire to add roughly 1,750 seats and improve the northern fan zone outside the stadium by setting up two modern kiosks and an external screen. Most of the added seats would be regular, though a lounge for 277 people is also planned, as is a smaller one, for 50 people.

The club had aimed to put the changes in place for the 2020-21 seasons and the damage was estimated at £4 million. Additional spending by extra fans would amount to £1.485 million per season, most of which would land with the club.

But, all these plans were made before COVID-19 took on an ugly form globally. “All plans to carry out the work are on hold due to the very obvious financial pressures the club, and football industry, is facing. […] Our priority at this time is people’s health, protecting jobs at our club and Albion In The Community, and supporting our owner as best we can,” Executive Director Martin Perry asserted.

‘The Seagulls’ had to leave their Goldstone Ground in 1997, two years after the club sold the ground. They had no alternative venue in Brighton, so were playing 75 km away in Gillingham, UK. Though attempts to build a new home stadium started way back in 1990’s, it did not yield results. Supporters were running several large-scale campaigns which even caught the attention of the powers that be, but for years the development got mired in procedural issues.

Finally, by 2008 end, construction work started on site and finished in June 2011. The result was American Express Community Stadium, the abridged form being Amex Stadium.

If the stadium is packed to capacity, corners may be filled and current stands may also receive a second tier to give a capacity of 35,000. By mid-2013, stands were further added, with the facility reaching a capacity of 30,750.