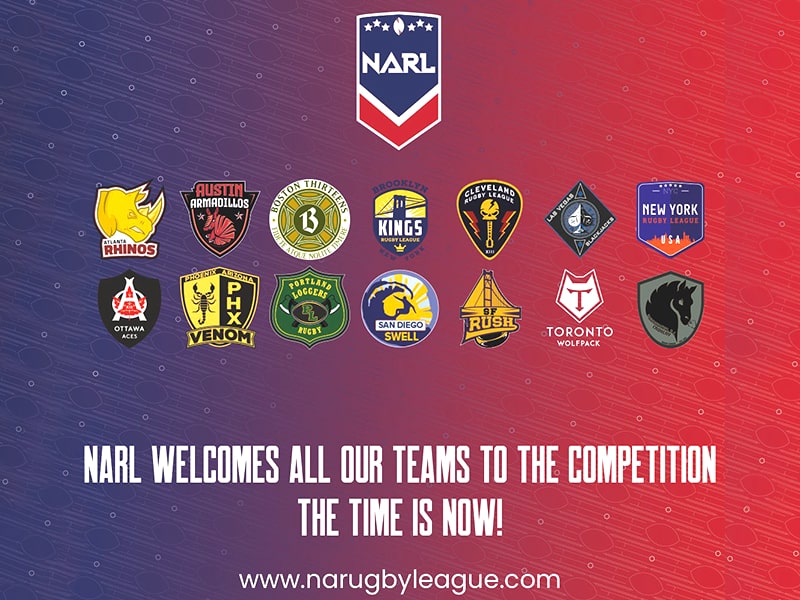 The new North American professional rugby league competition was launched on March 31st, 2021 called the North American Rugby League (NARL). It will be a 14-team competition that will play its first round of games on the weekend of June 19th in Brooklyn (New York, US) and on June 20th in Las Vegas... » Read more