“Significant progress” has been made by Italian Serie A football clubs AC Milan and Inter Milan – as claimed by the clubs – in their endeavor to develop a new stadium while repurposing their home venue Stadio Giuseppe Meazza in Italy following their latest meeting with City authorities.

The San Siro, officially known as Stadio Giuseppe Meazza, is a football stadium in the San Siro district of Milan, which is the home of AC Milan and Internazionale. It has a seating capacity of 75,923, making it one of the largest stadiums in Europe, and the largest in Italy.

In a meeting held on June 23rd, Inter and Milan issued a joint statement in which they said one of the main sticking issues behind the proposal has now been addressed. Eyebrows were raised over the volumetric index of the project site after the City of Milan expressed reservations over the most recent proposal, which covered 180,000 square meters, up from the initially projected 165,000 square meters.

Public interest terms of the project also reportedly did not go down well with the local authorities. However, the two clubs have now said an updated feasibility study will provide significant reductions in ancillary volumes compared to the initial proposal and the Meazza redevelopment project presented in April.

Said Inter and Milan in a statement, “The proposal was in line with the instructions of the City Council and board and ensures the technical and financial sustainability of a new international state-of-the-art stadium and sports district.”

“The City of Milan, Inter Milan and AC Milan consider it fundamentally important, especially given the current climate, to start this project in Milan, which will generate between 3,000 and 3,500 jobs and improve a crucial urban area, becoming an extraordinary opportunity for the City of Milan and Italian football,” the statement added.

In the early part of this month, more images of the project emerged following an announcement in May that the San Siro can be torn down after the Ministry of Cultural Heritage and Activities (MiBAC) ruled that the facility does not hold any “cultural interest”.

The San Siro has undergone several refurbishments since it first opened its doors in 1926. The most notable one was Italy’s staging of the 1990 FIFA World Cup™. AC Milan has called the stadium home since it went on stream, while Inter started using the San Siro in 1947.

Certain parts of San Siro will be retained keeping in mind the historical significance of the legendary venue. Earlier in May, AC Milan and Inter Milan unveiled fresh details on two proposals to create the new 60,000-seat stadium and sports and entertainment district.

New plans for the future of San Siro was presented by the clubs in January highlighting how the reconfiguration work would transform the venue into a destination for sports and entertainment events. The clubs had previously said they were prepared to work on alternative proposals for the San Siro but were not quite open to the idea of retaining the stadium as a venue for professional sports if a new facility is developed.

The City Council gave a “conditional yes” to plans for a new facility way back in October last year, but made it clear that the proposal would be greenlighted only if assurances were given on regeneration plans for the San Siro. The development came after the two clubs announced in September last year that Populous and Manica/Sportium had been shortlisted to design a new stadium that they would share. A decision on whether Populous or Manica/Sportium’s proposal is selected could reportedly be made next month or in August.

Further revealing their plans, Inter and Milan stated, “The clubs outlined design developments keeping elements of the current Meazza Stadium in the new district with a predominantly sporting and entertainment function for the benefit of citizens.”

“This is an urban regeneration work, which can be used 365 days a year, dedicated to sporting activity – providing a hub for culture and innovation for new generations. The project will be at the cutting edge due to its environmental impact, inclusivity and sustainability, and will serve as a safe meeting place open to social and recreational activities in the neighborhood,” the clubs observed.

“Many of the activities envisaged in the project (including a jogging track, a cycle track, an open-air gym, a skateboard park, a climbing wall, a zip line, and the sports museum) will be provided free-of-charge for visitors or will ensure services to citizens, residents and associations under agreements with the City of Milan. The agreement prioritizes the area’s schools, cultural organizations and health facilities,” the clubs further observed.

“These sports, recreational and cultural activities will be located outdoors and inside redeveloped spaces. A 220,000-square-meter pedestrian area will be open to the community and will include at least 106,000 square meters of green space (nearly double the current 56,000 square meters),” the Serie A clubs noted.

The supplemented project’s feasibility study and new financial plan to finalize the declaration of public interest procedure will now be presented by the two clubs. 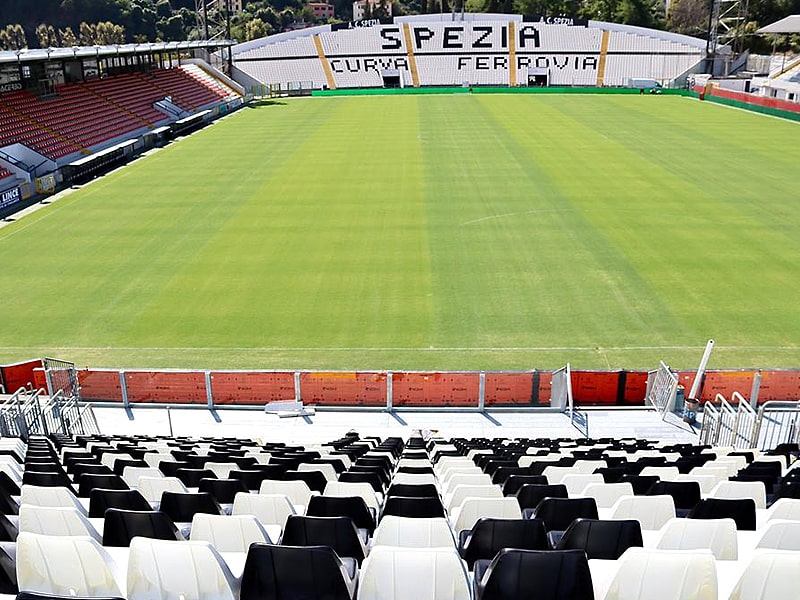