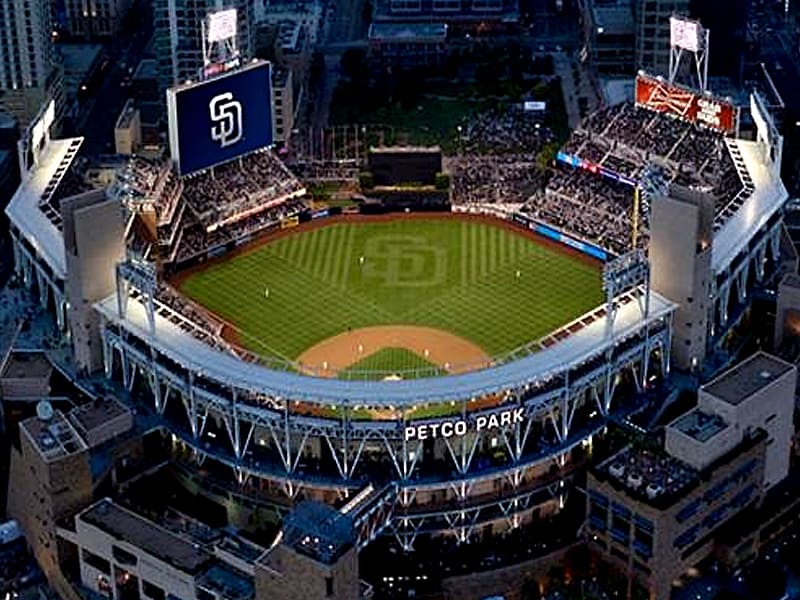 Petco Health and Wellness Company, Inc. (NASDAQ: WOOF), a local pet supply chain and complete partner in pet health and wellness, and the Major League Baseball (MLB) team San Diego Padres announced recently that they have agreed to extend the naming rights for Petco Park (US) through the 2027 Major League Baseball season. The two-year extension on this now 17-year relationship is symbolic of the continued strength and recognition of the iconic Petco brand and the company’s strong roots in San Diego as well as robust ties with the ‘Friars’.

The stadium on Park Boulevard near the San Diego Convention Center has held the same name since it went off the ground in 2004.

A statement on the San Diego Padres website stated that “In line with its health and wellness focus, Petco is also entering into a unique strategic partnership with Padres players and pet parents Manny Machado (baseball third baseman) and Fernando Tatis Jr., (baseball shortstop) finding ways to improve the well-being of both pets and their parents.”

California (US)-headquartered Petco is a category-defining health and wellness company focused on improving the lives of pets, pet parents and its own Petco partners.

The San Diego Padres are an American professional baseball team based in San Diego, California, US. They compete in Major League Baseball (MLB) as a member club of the National League (NL) West division.

The 42,445-capacity Petco Park is a baseball park located in the downtown area of San Diego, California, United States, that is home to the San Diego Padres of MLB. In addition to baseball, the park also is used as venue for concerts, soccer, golf, and rugby sevens.

Stated Petco Chairman and CEO Ron Coughlin, “The Padres and Petco are both teams with positive momentum, competing at the highest level and with great players putting up great numbers. And with our shared commitment to the City of San Diego, this extension generates great value for both Petco and our community. We are excited to continue working closely with the Padres and in partnership with world-class athletes and pet parents like Manny Machado and Fernando Tatis Jr. to improve the lives of pets, pet parents and our more than 26,000 partners.”

The statement on the San Diego Padres website further read, “Under the new agreement, Petco will continue to be featured prominently throughout the ballpark with dynamic signage featuring its new logo, and will continue to partner with the Padres on exciting activations and promotions during each season. As part of the partnership with Machado and Tatis Jr., Petco will collaborate with the players on social and digital content, as well as other activations centered on Petco’s health and wellness focus so fans can take their pet parenthood to the next level.”

The statement added, “Since the ballpark’s debut, the Padres and Petco have teamed up on a number of different initiatives for people of all ages, and especially their furry friends. Over the years, Padres fans and their canine companions have enjoyed participating in pre-game parades around the field and taking in the action from Gallagher Square (formerly Park at the Park) as part of the annual ‘Dog Days of Summer’ or ‘Bark at the Park’ events presented by Petco. In 2016, Petco and the Padres unveiled five semi-private, premium dog-friendly suites known as ‘The Barkyard’ in left-center field beyond the bullpens. Various Petco locations throughout San Diego have also hosted player visits and autograph signings throughout the years.”

Remarked Padres CEO Erik Greupner, “We are grateful for our long-standing relationship with Petco and are delighted to extend the length of our partnership at a key inflection point of growth for both organizations. Throughout the years, the Padres and Petco have collaborated on industry-leading initiatives that showcase our collective focus on innovation and family-friendly entertainment, including fun for the four-legged members of our families. As a locally based company, we are proud to have the Petco name on the number one ballpark in America and home of the San Diego Padres.”

Petco Park (often referred to simply as ‘Petco’) has become more than a ballpark and serves as a jewel venue throughout San Diego and Southern California. The home of the Padres was recognized as the best ballpark in America as per ‘USA Today’s’ 2020 rankings and has hosted many cherished and savored moments in the team’s history, including two NL West Division Titles (2005, 2006), Hall of Fame closer Trevor Hoffman (former MLB pitcher) breaking Lee Smith’s (former MLB pitcher) all-time saves record and notching his 500th career save and the 87th edition of MLB’s ‘Mid-Summer Classic’ in the 2016 All-Star Game.

The Major League Baseball All-Star Game, also known as the ‘Midsummer Classic’, is an annual professional baseball game sanctioned by MLB and contested between the all-stars from the American League (AL) and National League (NL).

Throughout its history, Petco Park has staged numerous non-baseball events demonstrating the venue’s versatility by transforming into a dirt track for Monster Jam (live motorsport event tour) and Supercross events (indoor dirt bike racing championships), a soccer pitch for international soccer matches, a tennis arena for the 2014 Davis Cup, a nine-hole golf experience unlike any other in The Links and a year-round concert venue that has hosted ‘The Rolling Stones’ (English rock band), Madonna (American singer-songwriter), ‘The Eagles’ (American band), Taylor Swift (American singer), Billy Joel (American musician), ‘Metallica’ (American heavy metal band), ‘Journey’ (American rock band), ‘Def Leppard’ (English rock band) and Paul McCartney (English singer-songwriter), among many others. Petco has also hosted baseball on a global scale as the site of the semi-finals and final for the inaugural 2006 World Baseball Classic and host of second-round games for the 2009 and 2017 chapters of the World Baseball Classic.

With deep roots in San Diego, Petco shares the Padres’ hometown pride, having first opened in La Mesa (City in California) in 1965. Petco employs more than 2,200 people in San Diego alone and has significantly transformed its business in recent years, evolving from a leading pet specialty retailer to a category-defining health and wellness partner for pets and pet parents with a fresh new look that boldly declares ‘Petco, The Health + Wellness Co’.

Reinforced in Petco’s revolutionary moves to stop selling food and treats containing artificial colors, flavors and preservatives for dogs and cats, as well as to remove specific electronic ‘shock’ collars from its assortment, the company plans to continue furthering its mission of improving the lives of pets, pet parents and its own Petco partners in the years to come.

‘The San Diego Union-Tribune’ informed that terms of the extension were not immediately available. However, the original contract, cemented in 2003, included a $60 million purse for the baseball franchise paid over the lifetime of the deal, making it one of the most expensive naming-rights deals at the time.

In January this year, San Diego-based Petco returned to public ownership, selling itself as a pet health and wellness company positioned to chew up more of an industry that was bolstered, in part, by the COVID-19 curse. At the time, the firm provided an update on its financial arrangement with the team, noting that naming rights fees for fiscal 2019 and 2018 were $4 million and $3.8 million, respectively. Fees for both of the 39 weeks ended October 31st, 2020 and November 2nd, 2019 were $3 million, the company said in its prospectus for shareholders.

‘The San Diego Union-Tribune’ quoted David Hallisey, Petco’s Vice-President, Corporate Communications, as stating, “Working together through the pandemic and a shortened season this past year galvanized our relationship even further, and with both teams on the rise, an extension makes great sense for us.”

The naming rights extension translates into a real revenue stream for a ball club whose financials are likely being tested. As such, the promised funds may give confidence to Padres backers as the team actively negotiates to lease or buy from the City of San Diego a 5.25-acre parking lot near Petco Park, known as Tailgate Park.

The ‘Friars’ expect to have fans at Petco Park for their home opener on April 1st, 2021 against the MLB team Arizona Diamondbacks, head honcho Greupner informed. The team will soon notify its season-ticket holders with details of their return to Petco Park.