Qatar’s landmark stadium to open in 2021 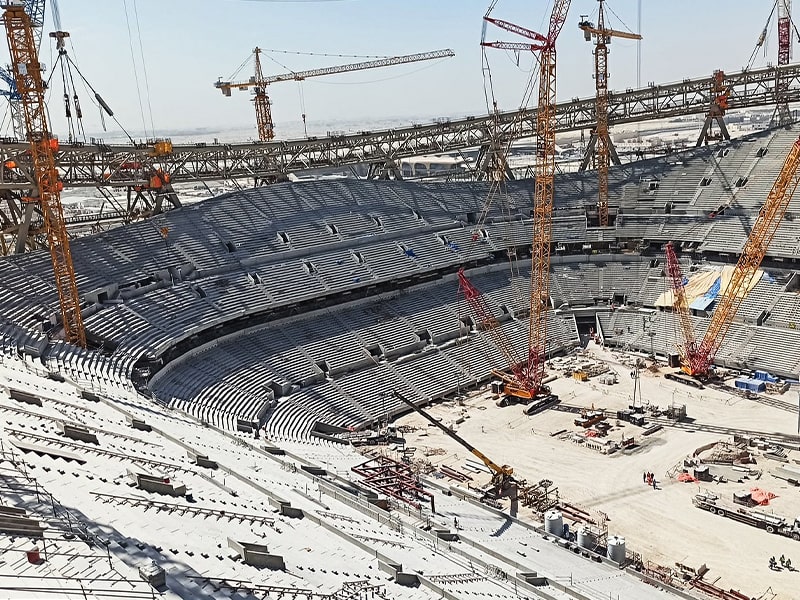 Qatar presses on with stadium projects for the 2022 FIFA World Cup™ despite the world getting caught in the COVID-19 maelstrom. However, the new national football venue of Qatar, Lusail Stadium, will not be completed in 2020. Instead of 2020, it will now open in March 2021.

Recent reports suggest that there have been eight cases of COVID-19 confirmed among workers at three ongoing Qatari stadium projects. However, the coronavirus cases have not led to works getting halted entirely, though special safety measures have been initiated. Shuttle buses only run at 50 percent capacity, all workers wear personal protection gears and teams have been divided into smaller groups, limiting personal interactions.

The new Lusail Stadium just sits north of Doha. The scale of work going on is remarkable and so are the engineering challenges. The steel shell around its perimeter is expected to consume 30,000 tons of structural steel. And, the structure is self-supporting.

On February 16 this year, the last segment of the facility’s compression ring was mounted, enclosing the vast oval hovering above the auditorium. It will serve as the basis for the venue’s tensile cable roof. Later, the whole structure was scanned totally before its temporary scaffolding was finally removed in early April.

Lusail Stadium construction work is going on since 2019. The stadium’s ‘crown’ takes the form of a massive bowl expanding outwards. It rests on 48 slanted columns, creating a frame of 24 V-shaped supports. The columns alone weigh 6,271 tons, which is more than all structure steel used in majority of football stadia.

It is one of Asia’s largest stadiums, and will enjoy a capacity of 80,000 seats (the exact number could be closer to 90,000) and will also boast one of the world’s most impressive tensile cable roofs, spreading across 45,000 m2.

The reinforced concrete structure of the auditorium is already in place (with only holes left for cranes), just as the self-supporting steel shell. Now works will start on less breathtaking elements of the facility, like first parts of outer cladding and preparations for the tensile roof to be assembled. When it’s lifted into place, the work of installing seats will be able to proceed.

Dozens of labourers with covered faces and sporting near-identical blue overalls clamored across the vast exoskeleton of Lusail Stadium.

Dozens of vehicles including buses, diggers and water tankers criss-cross the complex of new parks, apartment blocks and tram stops around the stadium.

Though the pace of construction work is good despite the pandemic, however, the venue will not be delivered in 2020 as was initially announced. Even if the stadium opens in 2021, it will be one year before the 2022 FIFA World Cup™.

The sporting extravaganza will be held from November 21 to December 18, 2022.

The national stadium in Qatar will be one of the key guiding-light of Lusail, the brand-new city north of Doha. A lot of debate took place for years before embarking on building the stadium – ever since the Qatari bid to host the 2022 FIFA World Cup™.

It was then proposed that the canopy offering shade to spectators could become first in world history to completely retract in the evening, making the venue entirely al-fresco. However, that idea did not work out.

The stadium’s final concept was held secret for long – something which is unique in World Cup history. This happened due to several reasons, one of which was the uniquely high expectations from local authorities with regard to aesthetics and architecture. Another reason is the overall secrecy shrouding the Qatari tournament, filled with non-disclosure agreements even in areas where they are not at all warranted.

In the case of Lusail Stadium, Qatar not only managed to reveal all other designs before showing the World Cup final venue, but also got construction well underway before revealing what is being built. Enabling works were launched in 2015, actual construction in 2017 and the release of renderings took place in mid-December, 2018.

The stadium will not only top all stadia in Qatar in terms of capacity but also throughout the Middle East. Net capacity of 80,000 was established for the 2022 tournament, while a portion of the auditorium will be dismantled in legacy mode, opening up space for non-football use.

The auditorium has not been divided into three tiers – as consultants had suggested in the process – but, rather into two main ones and then each of them was further divided in halves by additional internal concourses.

Outer form of the stadium will resemble a giant bowl with limited footprint, growing upwards and will strike a chord with visitors entering the facility. Very detailed and elegant triangular pattern adorns the stadium. Both the pattern and bowl shape are inspired by Qatari craftsmanship.

When contracted for construction in 2017, the stadium was estimated to be worth $767 million, which isn’t the highest budget for a stadium of such amazing scale. However, the deal does not include enabling works which took place in 2015-2017 and the final price tag may end up becoming higher. 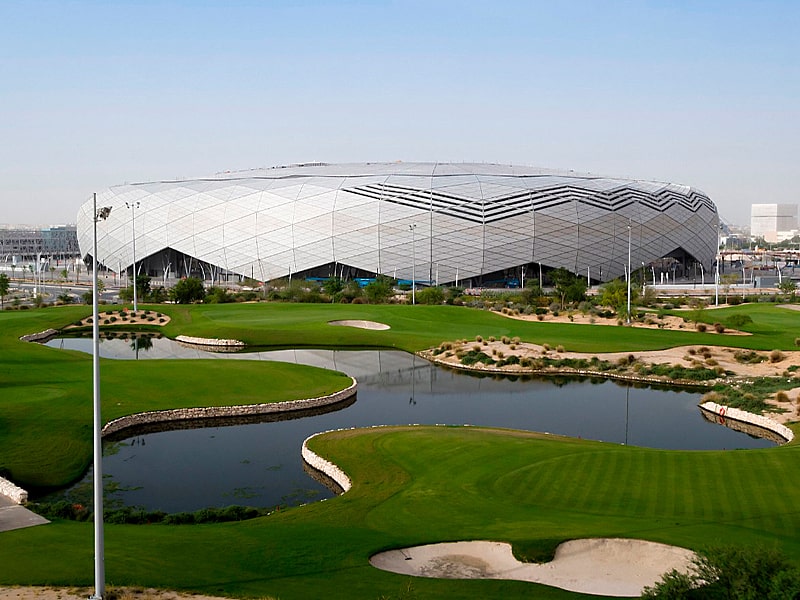 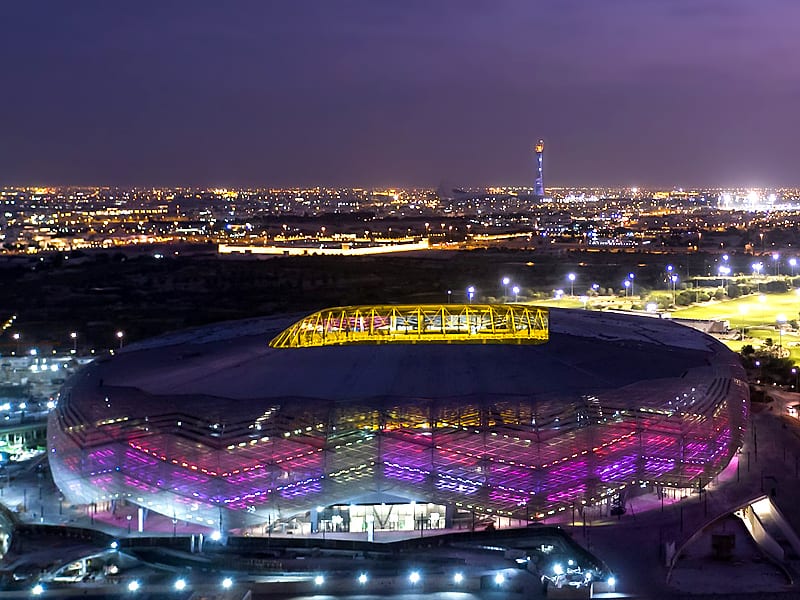