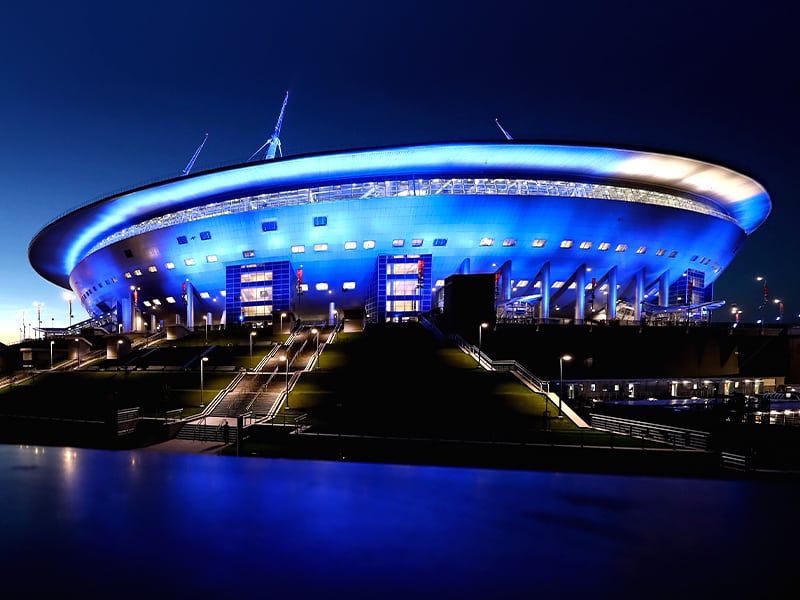 The Russian Football Union (RFU) has arrived at an agreement with the State consumer health watchdog to allow fans into the Premier League’s (RPL) stadia when its suspended 2019-20 seasons resume on June 21.

The Russian Premier League (RPL) is the top division professional association football league in Russia. The last two teams are relegated to the Russian National Football League at the end of the season.

The targeted return date was announced in the first week of May, but at the time it was stated that matches would be a closed door event.

However, stadia are now being allowed to run at 10 percent capacity, with the proviso that strict social distancing measures will have to be followed. This means that the RPL’s largest arena – Zenit Saint Petersburg’s Gazprom Arena – will open its gates to 6,780 fans to attend games.

Deputy Prime Minister Dmitry Chernyshenko said that once RPL resumes, it will pave the way for other sporting events to resume with fans.

“We will look at the experience of the RPL in order to further scale a similar package of measures to other sports competitions and return sports to our lives as quickly as possible, while taking care of the health of athletes, workers and fans,” he told mediapersons.

Chernyshenko added, “Both players and fans have missed the vivid emotions of a match and the noise from the stands. Soon all this will return.”

The Russian Premier League, the country’s top football division, has eight rounds of matches remaining in the season.

“This is a safe number of fans if all safety measures are observed,” the association said.

Chernyshenko observed that fan support was important for players, calling it “a special emotional component of football”.

Due to the coronavirus outbreak football matches have been suspended in Russia since March 17. Russia has the world’s third largest number of confirmed cases at 379,051, behind the United States and Brazil.