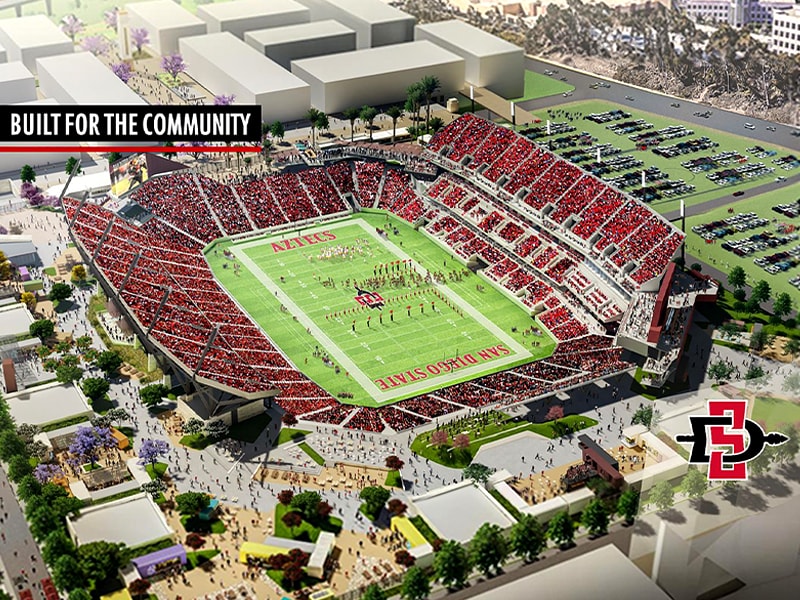 San Diego State University – a public research university in San Diego, California – has got the financing and board approval needed to build its proposed 35,000-capacity football stadium in Mission Valley, meaning the school is in a position to start construction as soon as it buys the land from the city of San Diego in US.

Recently, the California State University Board of Trustees amended its budget to accommodate the project, green lighted the stadium design and agreed to issue $310 million in revenue bonds to fund stadium construction.

“While the negotiations with the city on the purchase and sale agreement are progressing, they are not yet complete. Still, we seek the board’s support for the multi-use stadium to keep the project on schedule for use of the stadium in 2022,” San Diego State University President Adela de la Torre told the trustees.

“It was a tight schedule to begin with, and if we do not make it, it will not be for lack of coordinated California State University efforts.”

The latest approvals add on to the governing body’s thumbs-up in January as regards the university’s development plan for the entire 135 acres it plans to buy from the city.

However, at the local level, everything is shrouded in uncertainty with the COVID-19 scourge disrupting the city’s standard business practices.

The yet-to-be-concluded land deal started with the November 2018 approval of Measure G. The initiative, which is now a part of the city’s municipal code, defined both high-level parameters for the deal and future development of the site.

Measure G requires the city to set aside 2.5 percent of the unrestricted general fund each year for youth programs and services, starting in July 2021. The general fund pays for most core city services, including police and fire protection.

City leaders and university officials are in sync on major deal points, such as the $87.7 million base purchase price offered by the San Diego State University, and the school’s need to build and pay for a city-owned river park.

Still, some of the finer points require further discussions. Earlier this month, City Council members were told that weeks, if not months, of contract-related meetings will need to be held before the sale documents get ready. And the district representatives will likely be asked to formally examine outstanding policy matters before the stamp of approval is given on the contract, although no date has been set.

“Negotiations are ongoing and both sides continue to make progress toward a (sale agreement) that can be presented to the City Council for its consideration,” said Christina Chadwick, a spokeswoman for San Diego Mayor Kevin Faulconer.

Meanwhile, San Diego State has pushed forward with the project and planning elements it can control, most notably securing the ability to take on hundreds of millions of dollars in short-, mid- and long-term debt.

For example, the stadium financing plan approved by trustees recently gives the school access to $310 million for the design and construction of the multi-use stadium it plans to build at the northwest corner of the Friars Road property.

In total, the school will have access to a maximum of $355.5 million in debt funding, with $45.5 million expected to cover interest and other fees. The sum is based on an estimated all-in interest rate of 4.41 percent, according to California State University documents.

The money is distinct from the $350 million already allocated by the school’s board for the site purchase and the broader campus plan. That plan calls for 4,600 residential units (with 10 percent subsidized units), 80 acres of parks and open space, 1.6 million square feet of office and research space, 400 hotel rooms, 95,000 square feet of campus retail and 13,192 parking spaces.

The entire project is likely to be completed in 2037 at a total cost of $3 billion, although right now the public institution’s topmost priorities include the stadium and a $54 million river park. 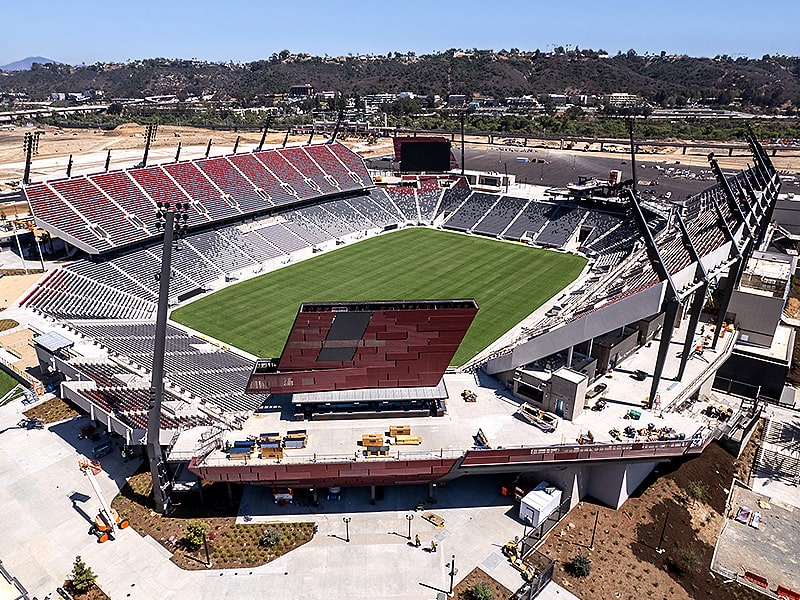 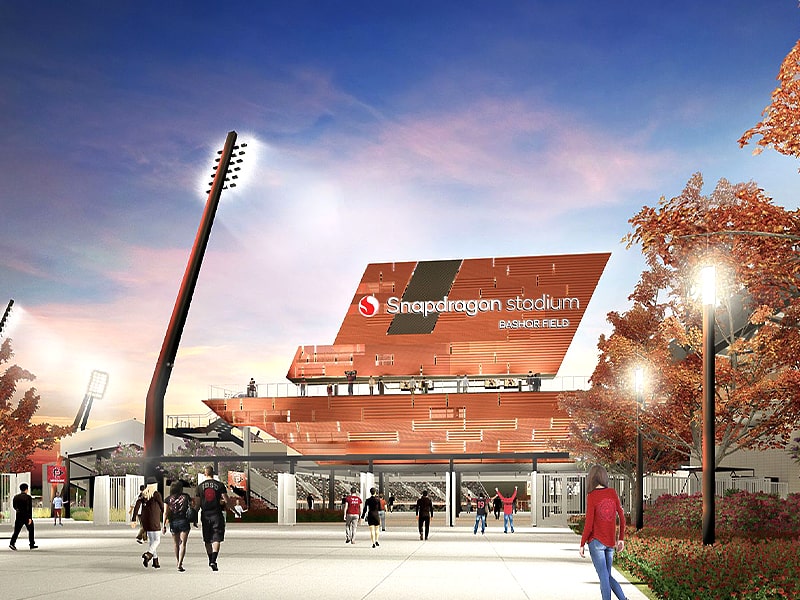