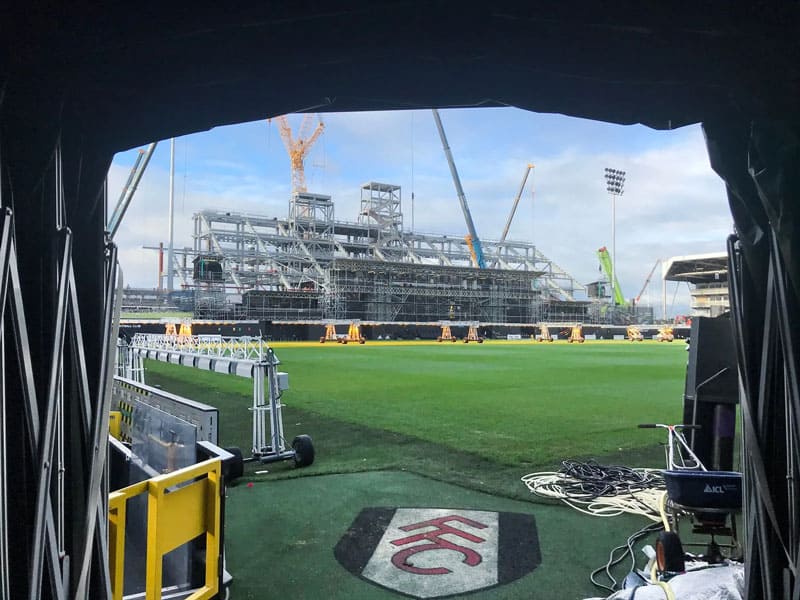 From the 2019-20 seasons, this stand is being demolished and rebuilt, which will expand the capacity of the ground to around 29,600. It is due for completion for the beginning of the 2021-22 seasons.

As far as the Riverside Stand construction is concerned, presently, the shell is being built between the center lines towards the Hammersmith End. The Hammersmith End is a stand at Craven Cottage. It is located behind one of the goals and is home to the home supporters. 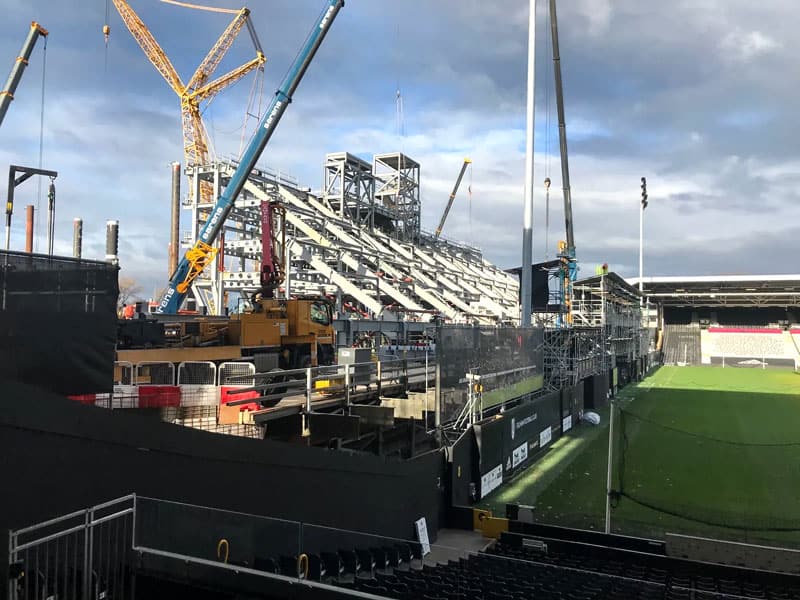 Putney Stand (the southernmost stand in the ground) expansion works are underway, and work on setting up the facade is also on.

Following the club’s promotion to the Premier League, upgrade works in line with broadcast and media facilities requirements are also being undertaken which include modifications to the temporary TV gantry structure.

Supporters will experience best-in-class offerings, with the stand incorporating contemporary designs and futuristic concourses and hospitality lounges on matchdays. The design of the Riverside Stand keeps the spirit intact as well as complements Fulham Football Club’s location, the glorious River Thames and the environment.

Fulham F.C. is an English professional association football club based in Fulham, London. They currently compete in the Premier League, the highest level of the English football league system. Founded in 1879, they are London’s oldest football club playing professionally. 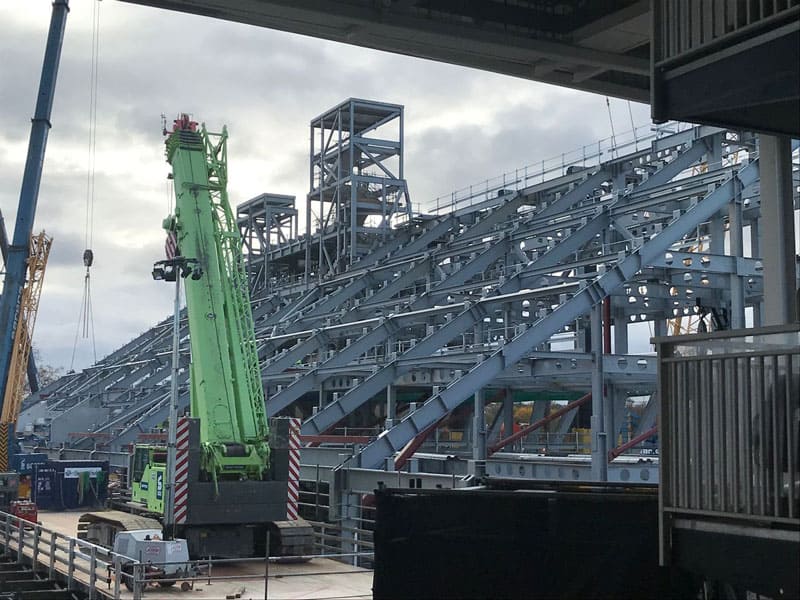 The new stand will not only raise the seating capacity at Craven Cottage but also enhance amenities to the ground and locality for supporters, residents and visitors to enjoy and savor an enriching experience.

Designed by architect Populous, the development will bring about a sea change in the riverside walkway and will transform the same into a world class leisure destination, a pathway that will allow an uninterrupted walk along the banks of the River Thames between Hammersmith and Putney Bridges and a choice of amenities for visitors to enjoy throughout the year.

The key point is that the Riverside development reaffirms Craven Cottage as the home of Fulham F.C., both for now and posterity.

Earlier, following an announcement from Fulham F.C. Chairman Shahid Khan on May 22nd, 2019, the club struck a deal with lead contractor Buckingham Group Contracting Limited for the demolition and development of the Riverside Stand and the same commenced in the summer of 2019.

This entire transfiguration will create a modern, world-class riverfront destination that will provide much more than just football, all the while securing Fulham Football Club’s long-term home at Craven Cottage. 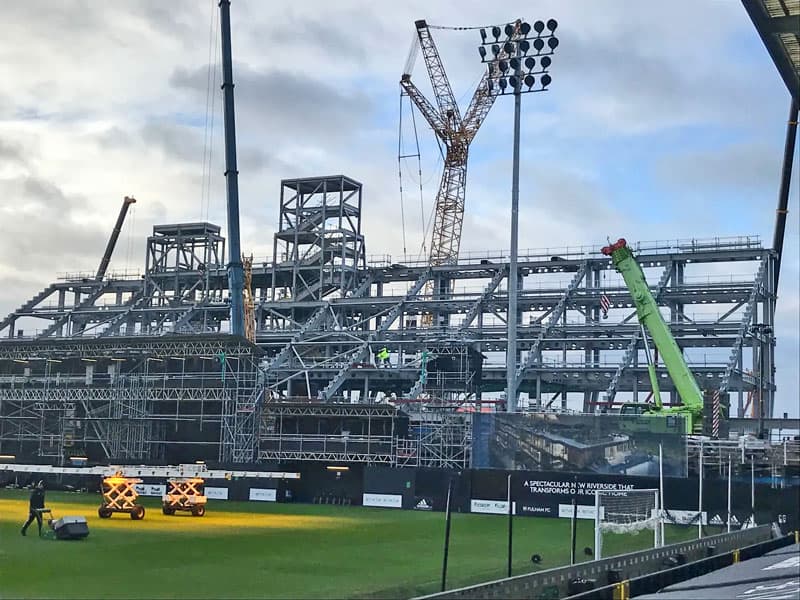