‘The Crew’s’ fit for an epicure Crew Kitchen 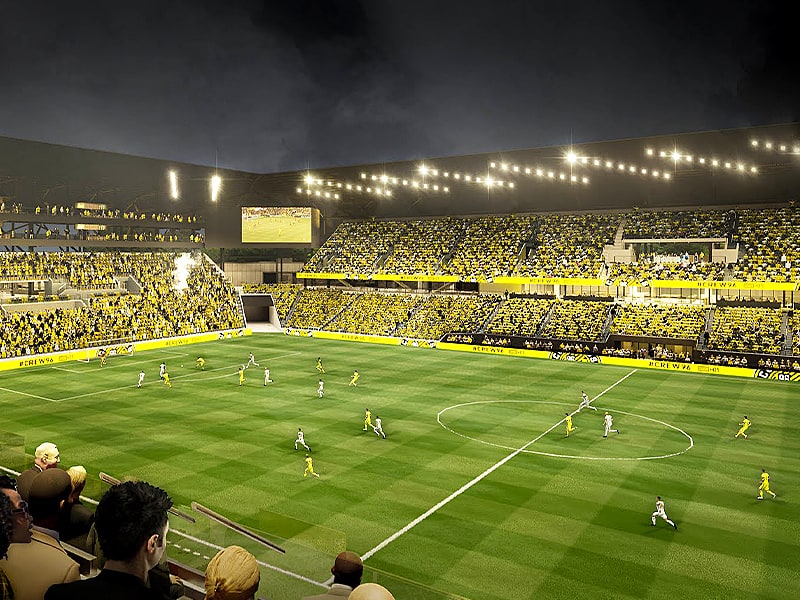 The Major League Soccer (MLS) team Columbus Crew SC (US) recently announced the launch of ‘Crew Kitchen’ as the dining and hospitality team of the New Crew Stadium, creating the food and beverage experience across concessions, catering, on-site clubs and suites.

‘Columbus Crew SC’ stated that Crew SC and Levy created ‘Crew Kitchen’ to reimagine the experience at the futuristic facility. The food and beverage experience will be Columbus-first, featuring several local favorite joints from Columbus and across Ohio identified by Crew supporters that will enhance quality and variety of offerings at the stadium. ‘Crew Kitchen’ will also focus on creating faster and efficient cashless and mobile ordering in the newly designed stadium.

Columbus Crew Soccer Club is an American professional soccer club based in Columbus, Ohio (US). The Crew competes in Major League Soccer (MLS) as a member of the league’s Eastern Conference and began play in 1996 as one of the 10 charter clubs of the league.

The New Columbus Crew Stadium is a soccer-specific stadium under construction in Columbus, Ohio, United States. It will primarily serve as the new home stadium of the Columbus Crew SC of Major League Soccer, replacing the club’s previous home, Mapfre Stadium. The new stadium will cost $300 million and will be located at the center of the Confluence Village development, including residential and commercial buildings. It will seat 20,000 spectators and include 30 suites and 1,900 club seats. The stadium is expected to be completed in July 2021.

Stated Crew Executive Vice-President and Chief Business Officer Steve Lyons, “Creating ‘Crew Kitchen’ to provide an authentic Columbus-centric food and beverage experience for our supporters is front and center for the New Crew Stadium. Supporter feedback was critical throughout the stadium design process and when it came to dining options, our supporters stressed they wanted their food and beverage choices as quick, efficient and frictionless as possible so that they could get back to the action on the pitch.”

Added Lyons, “Levy’s expertise in the restaurant industry was pivotal in meeting our supporters’ needs. In addition, we were intentional about creating memorable food and beverage experiences that celebrate the diversity of our local cuisine. We know ‘Crew Kitchen’ will provide an experience that aligns with the dynamic and exciting aura of the New Crew Stadium when our new home opens this July.”

‘Columbus Crew SC’ quoted Andy Lansing, President and CEO of Levy, as stating, “Crew supporters are well-known as some of the most engaged in the league. As we collaborated with Crew SC to reimagine food and beverage for the new stadium, listening to fans was one of our first steps. ‘Crew Kitchen’ creates a fan-centric hospitality experience inspired by the diverse and innovative hospitality community of Columbus. We’re thrilled to continue our partnership with Crew SC and can’t wait to welcome supporters to an incredibly convenient and distinct experience that celebrates what supporters most enjoy at a Crew SC match.”

Crew Kitchen employed Levy’s data and analytics arm E15 Group to inform the hospitality experience, including stadium dining concepts, local partnerships and a frictionless technology strategy. In combination with market research, the opinion of 4,000 Crew SC fans were taken to get their input on a range of dining experiences, from food and beverage options to preferred order and pick-up method. As a result, 40 percent of the concourse dining locations around the arena will be devoted to local partners.

The initial roster of local restaurants that will serve Crew supporters on gamedays includes:

New Crew Stadium concourses will leave fans spoilt for choice with a focus on offering supporters culinary variety while making speed of service a priority. Onlookers will have access to several ordering options, including mobile pick-up and self-service kiosks at most concessions stands throughout the venue. These solutions aim to improve the overall fan experience by reducing time spent in serpentine queues.

To be shepherded by ‘Crew Kitchen’ Executive Chef John DiGiovanni, the culinary program at the New Crew Stadium will continue to evolve, with more news on food and beverage offerings and partners over the coming months.

Columbus Crew SC released more renderings of their in-progress new soccer-specific stadium in February, which is currently scheduled to open in July 2021.

The renderings released feature images of two premium sections available for sale: The River Club and the Rail Club.