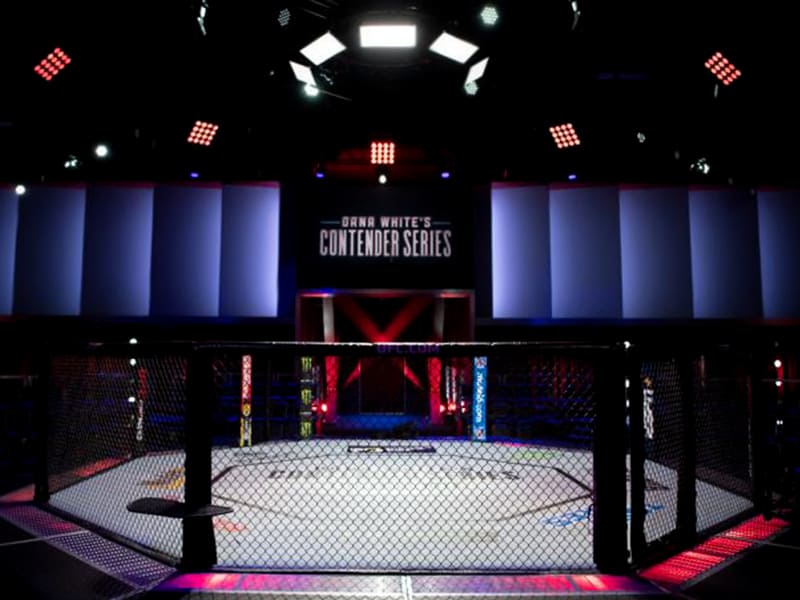 Looking to add a larger fan element at its Apex facility (US) – UFC APEX® – the Ultimate Fighting Championship (UFC) has plans to add the ability to host up to 1,000 people for events.

The ‘Las Vegas Review Journal’ stated that the UFC’s has put in a request to the Clark County Zoning Commission to expand the now 130,000-square-foot Apex.

The Ultimate Fighting Championship (UFC) is an American mixed martial arts promotion company based in Las Vegas, Nevada (US). It is owned and operated by Zuffa, LLC, a wholly-owned subsidiary of Endeavor Group Holdings.

The ‘Las Vegas Review Journal’ further stated that the UFC’s Apex, located off the 215 Beltway near Rainbow Boulevard, allowed the UFC to continue to produce fight cards throughout the pandemic, sans fans, even as Las Vegas and many other Cities were all but shut down as the United States is one country which has witnessed the maximum ravages due to the virulent virus. The facility not only has the ability to host events, but also has advanced production capabilities, allowing for streaming worldwide.

A UFC spokesperson said of the filing, “UFC APEX® has become the de facto home for UFC events during the pandemic, and we’re looking to create additional seating and enhance the fan experience for future events.”

After purchasing the building in 2018 and conducting a multimillion dollar renovation, UFC opened the Apex facility in June 2019. The facility includes over 50,000 square feet of production space and 70,000 square feet of office area. The popular reality television series ‘The Contender’ has been filmed in part at the UFC APEX®.

The zoning application indicates the UFC plans to add the ability to host up to 1,000 people and add food and alcohol service, ticket sales and a souvenir shop to the space.

The seating would not be fixed at all times, allowing for the space to be flexible for various uses. Those could include fights, concerts, music events, and galas. The space could also be rented out for rehearsals.

Expanding the facility will require additional parking, according to the filing. The Apex building has 371 parking spaces, but will be required to have 562 with the expansion.

The project would be carried out in phases, with plans to allow fans to initially park at Apex and the company’s headquarters next door and be shuttled to the event happening at the Apex.

The events would occur after UFC headquarters business hours and would not interfere with employee parking, the filing said. Also noted, a portion of the UFC headquarters has not been built, resulting in excess parking for that building.

There are 180 excess spots for the headquarters, nearly accounting for the 191 spots needed for the possible Apex expansion. Despite that, Phase 2 of the project includes adding more parking specifically for Apex to provide the needed amount.

The ‘UFC’ stated that UFC APEX® has built-in, advanced production capabilities with an arena space that can be configured to accommodate a variety of live events, including other sports competitions, concerts, stage shows, esports tournaments, and more. The arena can also be converted into a sound stage for use as a rehearsal space for entertainment acts booked throughout Las Vegas.

The remodeling of the building includes the following enhancements: