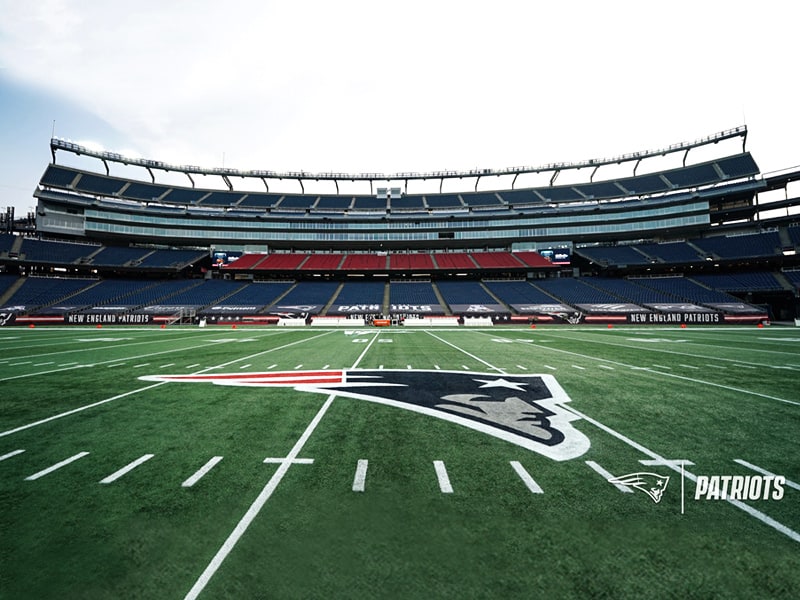 Citi Field, Gillette Stadium and Inter Miami CF Stadium – all in the United States – have been declared as the latest major US sports stadia to serve as host vaccination centers during the COVID-19 pandemic which has put the country on edge.

The 41,922-capacity Citi Field is a baseball park located in Flushing Meadows-Corona Park in New York City. Completed in 2009, it is the home field of the New York Mets of the National League East division of Major League Baseball (MLB).

The 65,878-seat Gillette Stadium is a stadium in the Northeastern United States, located in Foxborough, Massachusetts, 28 miles Southwest of downtown Boston and 20 miles Northeast of downtown Providence, Rhode Island. It opened 18 years ago in 2002, replacing the adjacent Foxboro Stadium.

The 19,000-seat Inter Miami CF Stadium is a soccer stadium in Fort Lauderdale, Florida, on the site of the former Lockhart Stadium.

The agreement builds on the Major League Baseball (MLB) stadium’s role as an early testing site, with Citi Field expected to administer up to 7,000 vaccinations per day.

Asserted de Blasio, “I want to be clear. We welcome Queens’ residents. We welcome all New Yorkers. We even welcome Yankees fans.”

Stated Cohen, “We know the suffering that’s going on with COVID, and any way the organization could help support this effort, we were going to do it. The goal is just to get the vaccine in people’s arms so we can get this crisis over with, and get back to resuming a normal life.”

In Massachusetts, Gillette Stadium, residence of the National Football League (NFL) American football team the New England Patriots, has been confirmed as the State’s first location for a mass vaccination site. The Baker-Polito Administration (read Governor of Massachusetts Charlie Baker-Lieutenant Governor of Massachusetts Karyn Polito) said the site will initially be available to first responders and later for other eligible individuals as the Command Center works through the Commonwealth’s COVID-19 vaccine distribution plan.

Meanwhile, the residence of Major League Soccer (MLS) club Inter Miami has commenced operations as a mass vaccination site. The site is being administered by Broward Health, the City of Fort Lauderdale and Inter Miami CF. It is currently offering around 500 shots per day, and hopes to build this up to around 1,000.

“We are grateful to be in a position to support the City of Fort Lauderdale’s vaccination efforts and begin flipping the page of this pandemic chapter for our community,” noted Inter Miami CF Managing Owner Jorge Mas, as per media reports.

Added Mas, “We hope our facilities continue to evolve into long-term, versatile venues that serve South Florida from both the entertainment and public resources perspectives for decades to come.”

In Los Angeles, the 56,000-capacity Dodger Stadium – residence of MLB team Los Angeles Dodgers – will be used for the City’s vaccine rollout.

The Mayor of Miami, Francis Suarez, has announced that the 36,742-capacity Marlins Park in Miami, which was used as a COVID-19 testing site, will be employed as a vaccination center.

Marlins Park is a baseball park located in Miami, Florida. It is the current home of the Miami Marlins, the City’s MLB franchise.

Marlins Park was also LEED certified as the greenest MLB park in 2012. The building is the sixth MLB stadium to boast a retractable roof.

The 65,326-capacity Hard Rock Stadium is a multipurpose stadium located in Miami Gardens, Florida, a City North of Miami.

The 41,168-capacity Minute Maid Park is a ballpark in Downtown Houston, Texas, United States, which opened in the year 2000.

In Arizona, which has the highest number of average daily cases of coronavirus per 100,000 people, the NFL’s Arizona Cardinals is hosting 24/7 vaccine administration at their residence State Farm Stadium.

The 63,400-capacity State Farm Stadium, formerly known as University of Phoenix Stadium, is a multipurpose stadium in the Western United States, located in Glendale, Arizona, West of Phoenix.

Remarked Governor of Arizona Doug Ducey, “Our new vaccine site in Glendale will rapidly expand the number of Arizonans getting vaccinated. We need to get these vaccine doses out of freezers and into the arms of Arizonans who want it, and our new site will speed up that process.”

A statement sent out by the Centers for Disease Control and Prevention (CDC) read, “The vaccine rollout has been sluggish across the country. The use of these spacious outdoor venues is one attempt to more quickly administer the vaccine to larger number of people as the rollout continues. The size of these venues is ideal because it allows for greater spacing between people. Outdoor settings are also thought to be less risky than indoor ones.” 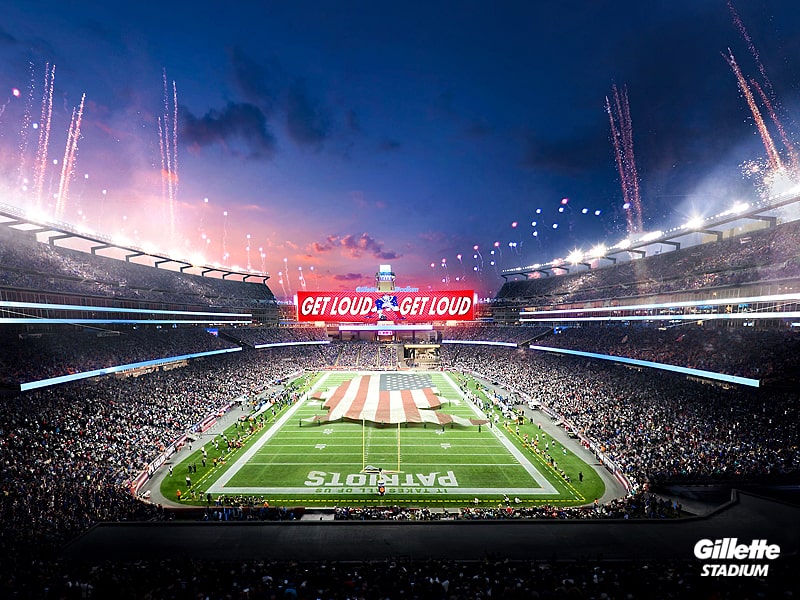 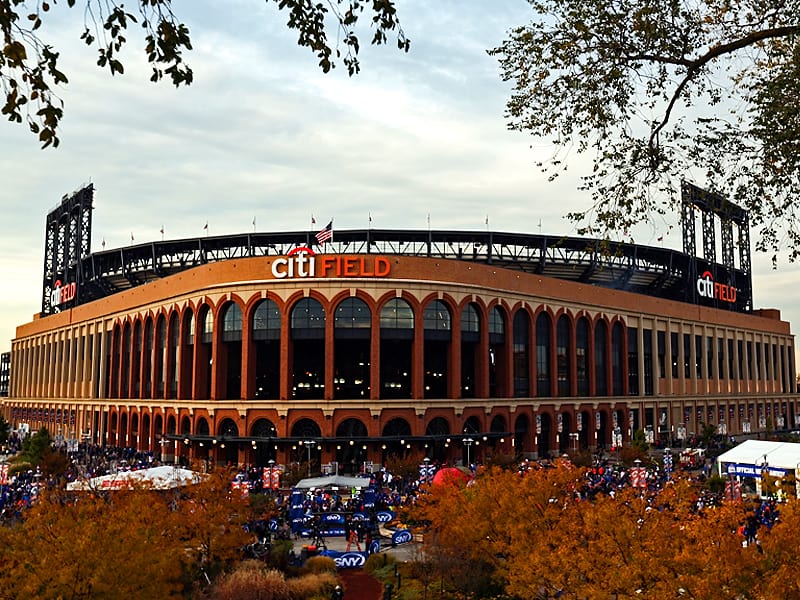 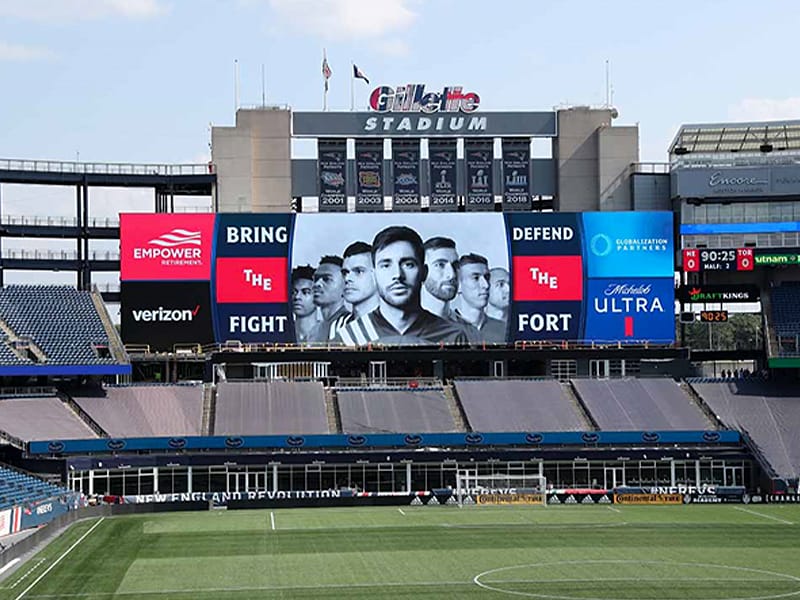 US venue score a point with huge scoreboard