Will it be push comes to shove for ‘Sixers’? 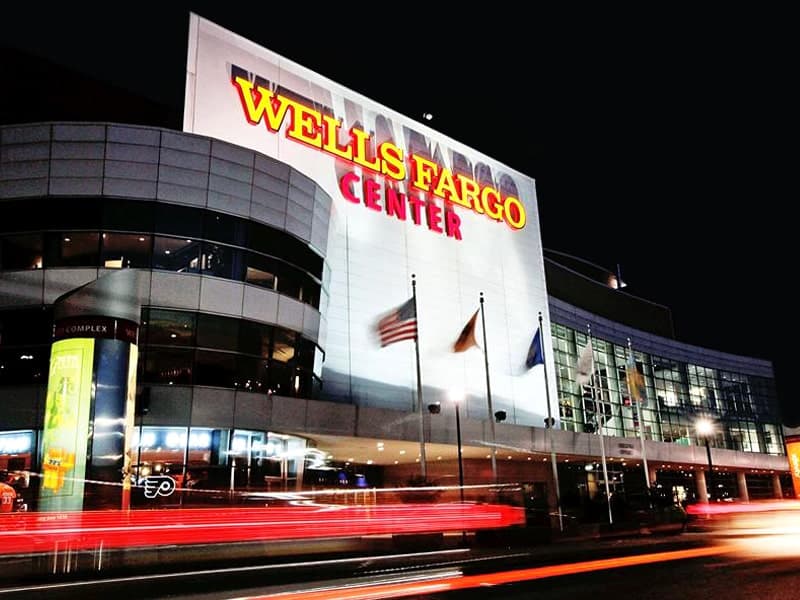 The American professional basketball team Philadelphia 76ers are examining the possibility of building a new basketball arena at Penn’s Landing in Philadelphia, US, and the team is lobbying local officials to get behind a plan to help finance construction with taxpayers’ picking up the tab. This is as per media reports. But, any such plans wouldn’t happen any time soon and it is also likely to meet with a lot of opposition.

The proposal is sure to trigger intense debate, and will be the latest in a long history of disputes over how to give a boost to the Delaware River waterfront and where to put sports complexes in Philadelphia. The team is keen on moving out of the Wells Fargo Center in Philadelphia, which it shares with the Philadelphia Flyers of the National Hockey League (NHL). The ‘Sixers’ potential interest in Penn’s Landing is between Market and Chestnut streets as a site for a future arena.

The team is proposing to finance the project using the State Neighborhood Improvement Zone (NIZ) program, which allows development bonds to be issued based on future tax revenues from businesses within a certain area. It was used to fund the construction of an arena in Allentown (in Pennsylvania, US).

A planning document reveals that no direct appropriation of taxpayer money would be required, and that the NIZ would be financed through future City and State tax revenue. It suggests that the ‘Sixers’ representatives have already discussed the proposal with the leaders of local and State transit agencies. And it touts a promise of $1 billion in economic benefits for communities of color through construction and operations.

“The 76ers have long enjoyed a strong relationship with Comcast Spectacor, but the organization is exploring all options for when its lease ends at Wells Fargo Center in 2031, including a potential arena development at Penn’s Landing,” a ‘Sixers’ spokesperson stated.

Comcast Spectacor is a Philadelphia-based American sports and entertainment company. It owns the Philadelphia Flyers of the National Hockey League (NHL).

The proposal comes as the Delaware River Waterfront Corp (DRWC) continues its endeavor over several years to reshape Penn’s Landing, and as the City moves forward with a separate project to “cap” I-95 between Chestnut and Walnut Streets by building a park over the highway that has long cut off Philadelphia from its waterfront.

The DRWC in October put out a call for developers to propose residential buildings with ground-floor shops and restaurants on two sites near the northern and southern tips of Penn’s Landing’s central strip between Market and South Streets. But the ‘Sixers’ are now wooing lawmakers to support their proposal instead.

The political calculus for Philadelphia Mayor Jim Kenney could be complicated, with his supporters potentially on the other side of the fence on the issue. The proposition of using taxpayers’ resources may not go down well with the progressive activists – especially to help a team owned by a pair of billionaire investors, Josh Harris and David Blitzer. But a leader of the building trades unions quickly hinted support for a project that could generate jobs for members.

Deana Gamble, a spokesperson for Kenney, said the Mayor “is supportive of DRWC’s process and looks forward to working with the selected respondent.”

Ryan Boyer, President, Philadelphia Building and Construction Trades Council, said he is a “huge fan” of the proposal – “I think it’s a game changer for Philadelphia. I think for once we need to think big. We shouldn’t walk away just because the City would have to put some money in. A codeveloper in the proposal is the minority-owned firm Mosaic. We’re looking at thousands of construction jobs.”

But the proposal was opposed tooth and nail among City Council progressives. Council Member Helen Gym, who leads an increasingly influential liberal wing in the chamber, said the City has far too many other issues to deal with amid the coronavirus pandemic — such as unemployment, a looming eviction crisis, and reopening schools – “I think a bunch of billionaire investors looking for a tax handout could take a break from lobbying us and focus on the actual priorities of this City. A publicly funded sports stadium ranks about nowhere on that list.”

Council Member Mark Squilla, whose district includes Penn’s Landing, said “all proposals should be vetted, given a fair chance, and have the community able to weigh in on them to see what’s best for the City and the community as a whole. There’s going to be people with concerns and people elated on both sides.”

From the angle of urban planning, the proposed arena would face lot of challenges. The present waterfront masterplan is the result of a lengthy citizen-led effort, one that nixed previous attempts to turn Penn’s Landing into an entertainment district. It visualizes the waterfront growing organically into a residential neighborhood that includes vast amounts of park space.

In many ways, the Sixers’ proposal goes back to the ‘90s, when big public attractions and megaprojects were seen as a solution to waterfront development. The site of the proposed arena is also directly south of the Pier 3 Condominiums. Residents there are sure to oppose having a busy arena just next door.

For the last decade, the DRWC has been focused on making Columbus Boulevard more pedestrian- and bicycle-friendly. But the Sixers would likely want to upgrade automobile access and build auxiliary parking areas. That could come in the way of trying to pedestrianize the area.

US Rep. Brendan Boyle (D., Pa.), whose district stops just north of the site, tweeted, “It would be an absurd use of precious waterfront land and is in no way consistent with the larger vision of giving citizens greater access to the riverfront.”

It is feasible to fit in a basketball arena in an urban space. They tend to be smaller than baseball and football facilities. Newark, N.J., Oklahoma City, and Columbus, Ohio (all in US), have built arenas in their downtowns. But, rather than sitting in a residential area, those arenas are located closer to the traditional business district.

Earlier this year, the EDA sought to recoup $400,000 in tax credits, saying the team’s award had not been properly calculated.

Democratic State Rep. Mary Isaacson, who represents the area, said she’s keeping an open mind until all proposals are made public. She hoped that whatever development moves forward, it will finally reconnect the waterfront with Center City – “We want to make sure it is all very complimentary and tie in our City to the waterfront, finally.”

Harris Steinberg, who led a committee 12 years back that helped conjure up what is now the waterfront’s master plan, said the ‘Sixers’ proposal could work “if it actually contributed to the urban fabric”.

But Steinberg, presently Executive Director of the Lindy Institute for Urban Innovation at Drexel University, said he was skeptical the arena would leave public space around it to create an accessible, public waterfront.

He noted that the Barclays Center in New York is about 15 acres. The site the Sixers are seeking has less than eight acres available for development. If the arena occupied the entire space, he said, “They need to go back to the drawing board. This is public space and it’s designed that way in perpetuity”.

Going by the rising chorus against the venue, the ‘Sixers’ might have to adopt a push comes to shove stance to finally move to a new standalone arena. 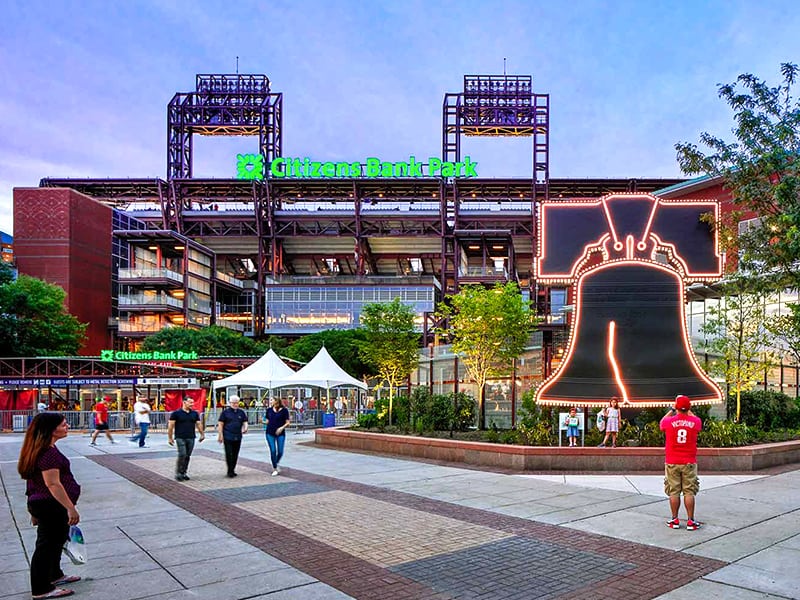 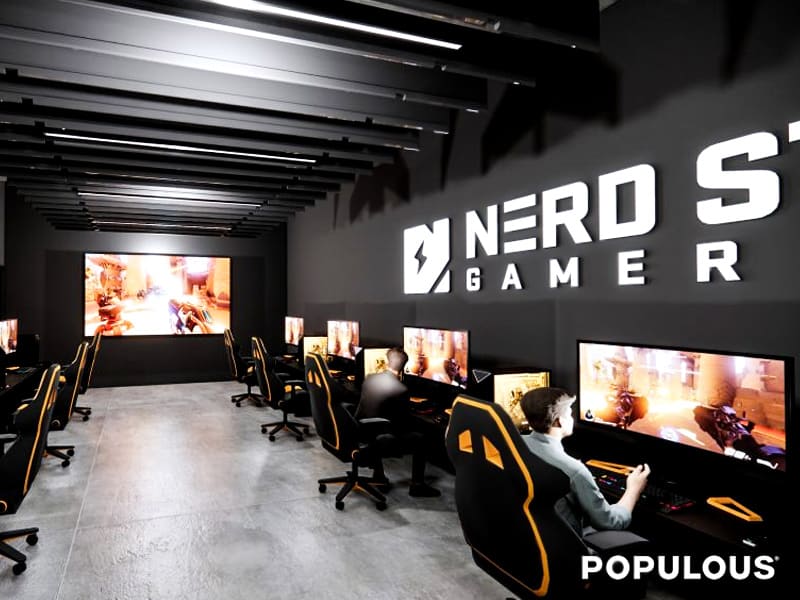 It’s ‘I am (game)’ with Nerd Street Gamers 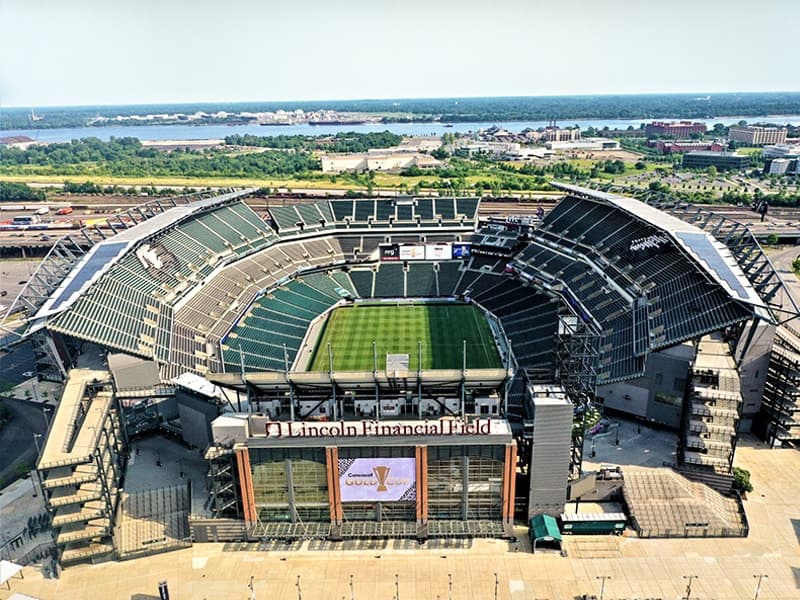