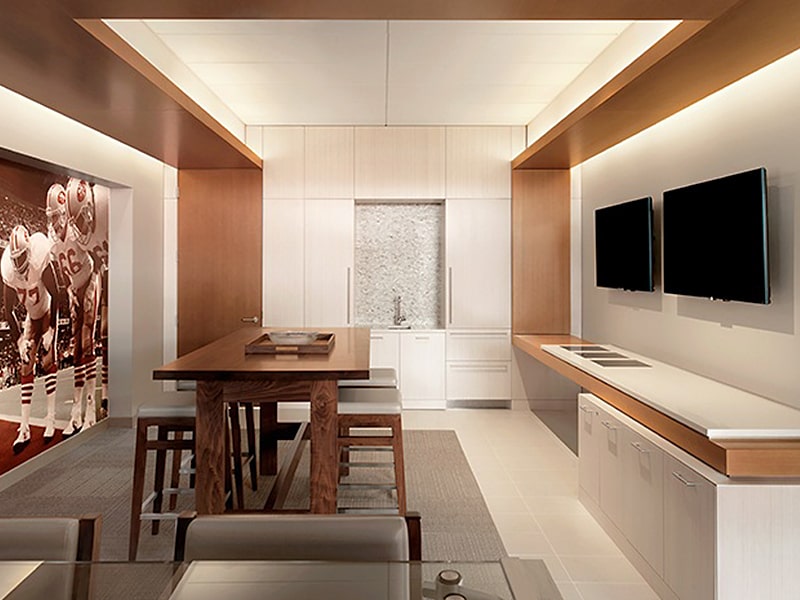 Three years and millions of dollars later, the National Football League (NFL) team San Francisco 49ers and Santa Clara (City in California) have settled a high-stakes lawsuit over management of the former’s residence – Levi’s Stadium in Santa Clara, California (US).

‘San José Spotlight’ stated that three weeks after San José Spotlight first reported the NFL team’s settlement offer, Santa Clara administrators on August 31st accepted a deal to end the litigation, according to team officials. Before signing the settlement agreement, the City asked the team executives to cough up an additional $325,000 to boost the City’s general fund – on top of the $1.3 million it offered to pay into the general fund a week ago. Team leaders said their offer is worth $13 million, including money saved on continued litigation.

The 68,500-capacity Levi’s Stadium is an American football stadium located in Santa Clara, California, US, just outside San Jose in the San Francisco Bay Area. It has served as the home venue for the National Football League’s San Francisco 49ers since 2014. The stadium is located approximately 40 miles South of San Francisco.

‘San José Spotlight’ further stated that the settlement’s value includes $2 million from the team for disputed public safety costs and $8 million savings in “future litigation costs” over the next four years.

Remarked Rahul Chandhok, a team spokesman and legal negotiator, “Today’s (August 31st) agreement represents the beginning of a renewed partnership between the 49ers and the City of Santa Clara. We’re pleased to put this fight behind us for the benefit of Santa Clara’s residents and the stakeholders who rely on Levi’s Stadium for jobs, revenue and entertainment.”

The fight began in 2019 after Santa Clara lawmakers – a majority of whom sided with Santa Clara Mayor Lisa Gillmor – voted to remove the team as Manager of the $1.3 billion stadium during non-NFL events. The controversial decision came after the Council members questioned declining revenue from events at Levi’s Stadium and transparency in the team’s accounting and procurement procedures. The team blamed the drop in revenue on the City’s live events curfew which chased away major concerts and performers – what they dubbed a “music ban”.

The City’s general fund, which pays for things like police, libraries and parks, is supposed to earn 50 percent of profits from non-NFL events.

The now-settled lawsuit filed in 2019 claimed the City violated a longstanding contract that gave the 49ers the right to manage day-to-day events at the stadium. The dispute was one chapter in a saga of high-profile fights between the football team and the City where it plays – including squabbles over rent, parking at a nearby soccer park and concert curfews.

The team is tied to Santa Clara and the stadium for another 30-plus year, according to its lease. Some City leaders hope the above settlement turns a new leaf in the relationship.

Santa Clara Council Member Karen Hardy fought against Measure J, the 2010 measure that opened the door for Levi’s Stadium to be built. She was worried about mingling public resources with a private entity like the 49ers. But now Hardy said it’s critical for the City to embrace the football team – and repair the rocky relationship – “I lost that battle but I’m a realistic person and I’m pragmatic. We are in a 30-plus-year marriage without a divorce clause and we need to make it work for everyone involved. What’s the point of fighting when in the end everybody has a black eye?”

Hardy said the team has fixed many of the problems identified a few years ago which led to the decision to terminate the management agreement, including improving accounting procedures and paying prevailing wages to the contractors.

Council Member Anthony Becker, who said he had a heated closed-door exchange about the settlement with Gillmor and her ally Council Member Kathy Watanabe, called it a “win-win”. Becker is running for Mayor against Gillmor in November.

Becker believes the settlement now allows officials to invest in the City – instead of litigation – “This is what progress looks like – it is ending a toxic battle that’s been going on for years and was started by the Gillmor administration. In order to move forward, we have to work together and when you act like the current Mayor does, it is really hard to get things done. This is money that is going into our general fund and helping us during our rough times.”