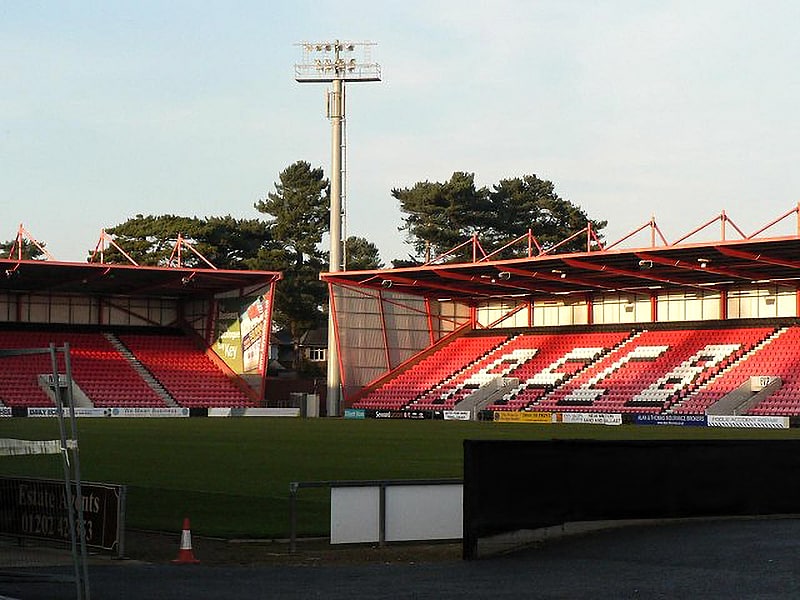 Bill Foley, an American billionaire who owns the Vegas Golden Knights in the National Hockey League (NHL), has completed a move to buy the Premier League side A.F.C. Bournemouth (UK).

‘yahoo!sports’ stated that Bournemouth’s current owner Maxim Demin had been in “advanced talks” with a group led by Bill Foley and now the deal has been confirmed, with reports suggesting Bournemouth were sold close to $185 million.

AFC Bournemouth is a professional association football club based in Kings Park, Boscombe, a suburb of Bournemouth, Dorset, England (UK). The club competes in the Premier League, the highest division of English club football. Formed in 1899 as Boscombe, the club adopted their current name in 1971.

The 11,379-capacity Dean Court, currently known as the Vitality Stadium for sponsorship purposes, is a football stadium in Kings Park, Boscombe, a suburb of Bournemouth, Dorset, England (UK) and the home ground of A.F.C. Bournemouth.

‘yahoo!sports’ further stated that Foley, 77, is the main man behind the takeover as he now owns 100 percent of Bournemouth.

Bournemouth is now the 10th current Premier League side to be owned, or have a significant ownership stake in them, by Americans.

In a statement confirming the takeover, Bournemouth said that the club has been sold to the Black Knight Football Club, of which Bill Foley is the Managing General Partner. They added that a “number of limited partners including a 50.1 percent interest for Cannae Holdings Inc., and certain other investors many of whom invested in the Vegas Golden Knights” have joined Foley and the deal has been fully ratified by the Premier League.

Award-winning actor Michael B. Jordan is leading the minority group of owners, along with Nullah Sarker (The Players Tribune, Davis Cup).

Bournemouth added that Foley will assume the role as Chairman with immediate effect, will be at their next home match against their peer team Crystal Palace F.C. on December 31st and has purchased a home in the local area.

The statement added, “Bill is committed to increased investment in A.F.C. Bournemouth’s first team as well as the academy and fan experience at the Vitality Stadium, on top of immediately beginning construction of a state-of-the-art training center and increasing financial commitment to the A.F.C. Bournemouth women’s team and girls’ teams.”

As for Bill Foley, he had the following to say about his purchase of Bournemouth – “I have tremendous respect for the passion and support the Bournemouth community shows for this club and believe that connection to the community is the foundation for success of any sports team. We will move forward with an ‘always advance, never retreat’ approach that has defined all of my endeavors. I am committed to work with the best football and business minds available to enhance player development, facilities and the fan experience to put A.F.C. Bournemouth in the best possible position to succeed.”

After their return to the Premier League this Summer following two seasons in the second tier of English soccer, this seems like the right time for Demin to cash in.

He bought a stake in Bournemouth in 2015 and has helped bankroll their rise through the leagues as they eventually spent five seasons in the Premier League under Eddie Howe before they were relegated on the final day of the 2019-2020 seasons.

Bournemouth’s Manager Scott Parker was fired early this season for his outspoken comments against the ownership and the way the club was being run but it is now clear that the lack of big spending on new Summer signings was because Demin is close to selling the club.

What this could mean is Foley coming in and bringing a healthy transfer budget to be used in January, and beyond.

With Gary O’Neil recently named as their new permanent Manager after a very successful spell in charge as caretaker boss, it will be intriguing to see what direction Bournemouth head in.

Their Vitality Stadium home has the smallest capacity (11,364) in the Premier League by some distance and Bournemouth has hoped to expand the stadium, or move to a new stadium altogether, for many years.

The main thing this new ownership brings is the chance to cement themselves as a Premier League club once again.