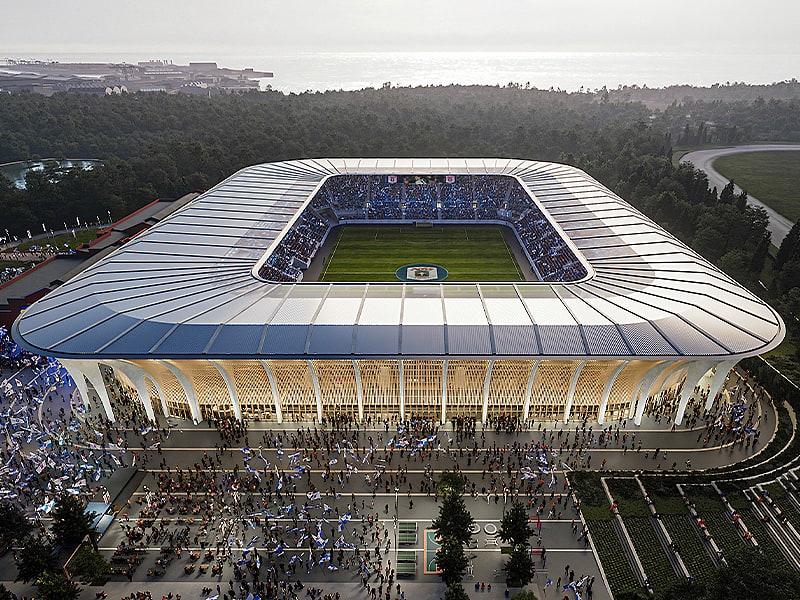 ‘Zaha Hadid Architects’ stated that no less than 42 Danish and international architect teams applied for prequalification in December 2021 for the tender – ‘New Stadium in Aarhus’, and six teams were chosen for the first round of the competition, with three equal winners continuing to the second round. On December 14th, the winner of the competition could finally be announced at a presser with the City of Aarhus as the developer and host, as well as the two sponsors behind the majority of the financing, Lind Invest and Salling Fondene, and the local Super Liga club AGF Football present.

Zaha Hadid Architects is a British architecture and design firm founded by Zaha Hadid, with its main office situated in Clerkenwell, London, UK.

Aarhus Gymnastikforening is a professional sports club based in Aarhus, Jutland, Denmark. Founded in 1880, it is one of the oldest clubs in the country and gymnastics and fencing are featured as its main sports. However, AGF is mostly known for its football department, which was established in 1902. Currently, the club’s first team plays in the Danish Superliga, the top flight of the Danish football league system. The top-flight plays its home games at the 19,433-capacity Aarhus Stadium in Aarhus, Denmark.

‘Zaha Hadid Architects’ further stated that the ‘The Arena of the Forest’ is the title of the beautiful stadium project designed by Team Zaha Hadid London, where the inspiration for the striking columns and wood as a material has indeed been the large, old tree trunks in the forests that surround the City’s stadium located in the Kongelunden area.

The Aarhusian spectators are, therefore, in for a fantastic experience inside the new stadium, which will be a one-tier bowl, where an intense football experience is the focus.

In the evaluation report, Zaha Hadids’ winning project is praised for having understood and interpreted the very special location in the old forests of Marselisborg (nature preserve in Denmark) and next to the iconic and historic building Stadionhallerne:

“The strong manifestation of the winning project is inviting and reaches out to the surroundings and connects very well with the context. The proposal is at the same time so distinctive and iconic that it will be remembered as a special stadium for Aarhus.” 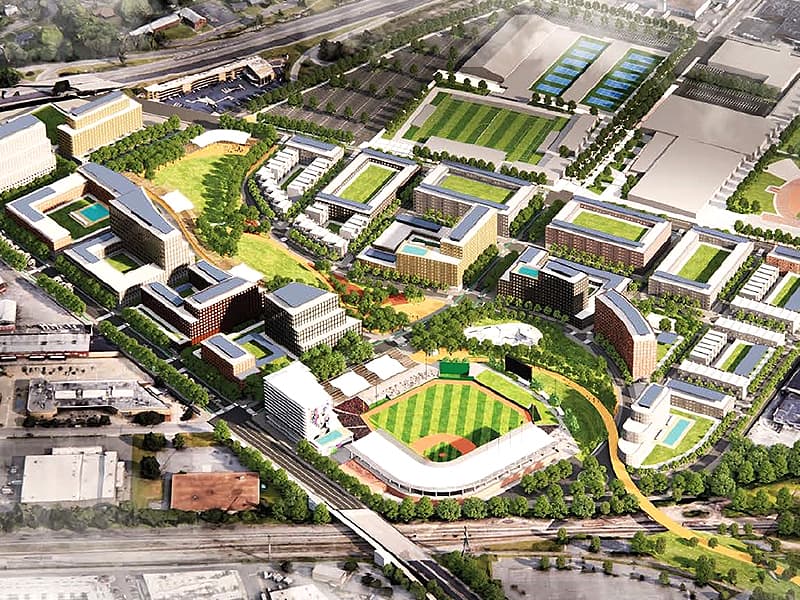